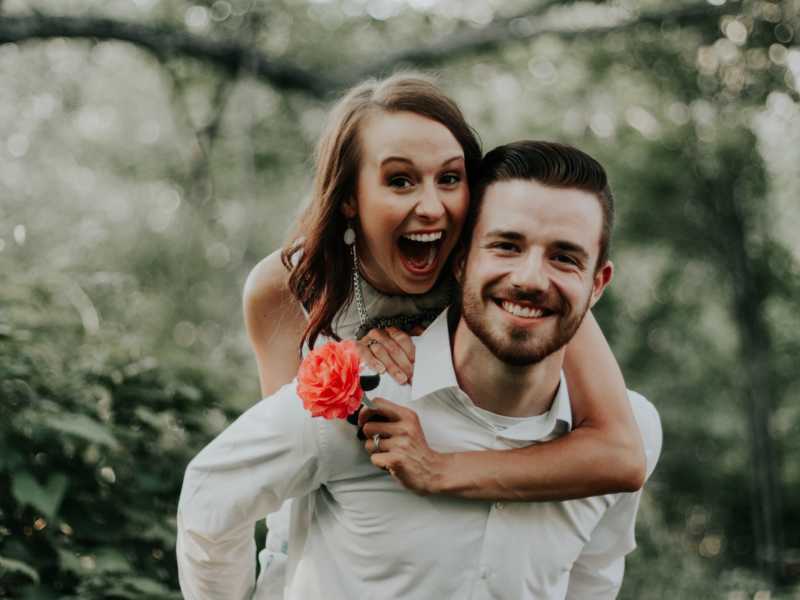 Butch Cassidy and the Sundance Kid?

Me, I’d name Adam and Eve. The father and mother of all notorious pairs to follow.
These two are often remembered as the world’s most scandalous fruit eaters, remarkably skilled at casting blame and innovative in the area of fig-leaf clothing design. But, the truth is, we can actually learn a lot from this original duo—in their Pre-Fall state—when it comes to what every marriage needs.

During those early sin-absent days, Adam and Eve model for us God’s perfect design for husband and wife relationships. This God-created, God-ordained team point us to qualities every marriage needs.

Do you want a history-making marriage? Take our online video course taught by Kirk and Chelsea Cameron!

You see, the introduction of sin didn’t null and void what God’s perfect design was for husbands and wives. In those beginning days, marriage was His joining of a man and a woman together for the purpose of bringing Himself glory. The advent of conflict didn’t change that. It just made things more complicated. More difficult.

So what qualities do we see worth modeling in this now infamous duo?

Sure, it’s well known that Adam and Eve shared both a rib and that off-limits piece of fruit. But think about what else they had in common.

For example, life goals. This included having kids and caring for the Garden and God’s creatures. Oh, and that little thing called survival. After all, there was no local Target in Mesopotamia at the time.

You’ll notice, the first thing sin introduced to their relationship was division. They didn’t cover or fight for one another, they immediately veered toward blame and self-protection.

Just as it did in the beginning, unity matters in our marriages. A lot.

Jesus told the scribes, “If a house is divided against itself, that house will not be able to stand” (Mark 3:25). As husbands and wives, God desires us to not allow discord to divide us, but to do our best to walk in unity with each other.

Adam and Eve worked together to accomplish these shared life goals. With unity came cooperation.

Prior to the Fall, I imagine teamwork was seamless. It wasn’t until afterward that common goals were interrupted by personal ambition. Team decreased, player increased.

In our marriages, it’s imperative that we work for and with one another. Whether it’s in raising our kids, managing the resources God has given us, or serving our communities, let’s accomplish these things not back-to-back, but hand-in-hand. Or even cheek-to-cheek.

Sure, Adam and Eve may have been the only two people alive then. Even so, they were fully committed. 100%. There was no Plan Beta. There wasn’t even a Plan Alpha. For them, it was the only plan.

After God presented His first woman to His first man, Scripture doesn’t record either of them stopping to wonder if their “soul mate” was still out there. You know, somewhere beyond the boundaries of the Garden.

We too should be 100% committed to our spouse. Without reservation. In the good and bad. In the easy and tough.

In the post-Garden reality, it may seem the odds are stacked against you. But you don’t have to be an infamous couple.

With God’s help, your marital story — and mine — doesn’t have to end in a metaphorical flurry of metaphorical gunfire. When we walk with the Lord, as Adam and Eve once did, our marriages can proclaim the beauty of that first, pre-Fall relationship.

Build a marriage that will last by signing up for THE HEART OF FAMILY today!