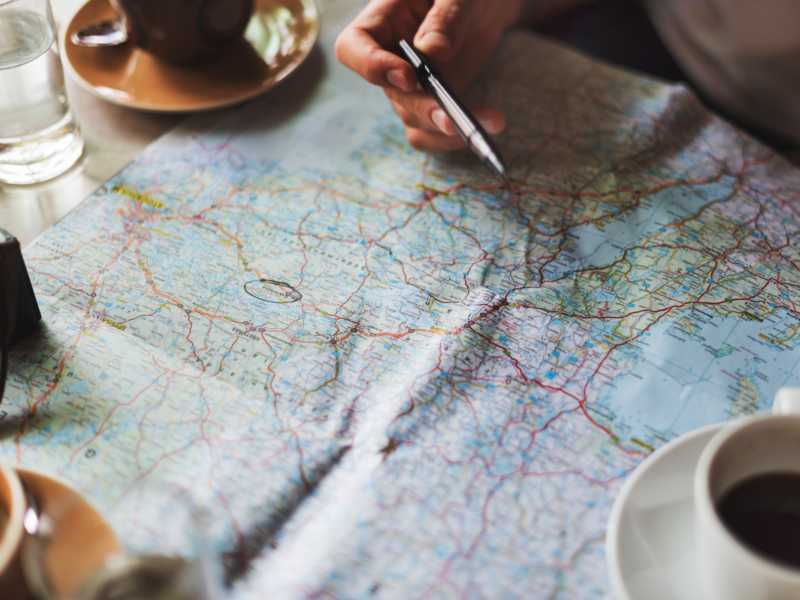 Have you ever wondered whether absence makes the heart grow fonder or more forgetful? Playwright and author J.M. Barrie once wrote that absence results in either one or the other.

Yet, when my husband Ted and I recently conducted our own eight-month-long “absence = what?” experiment, we came to a surprising conclusion.

We found that absence doesn’t breed either fondness or forgetfulness. Rather, it’s a both/and situation.

Allow me to explain.

Ted and I spent the majority of the last eight months separated by distance. Granted, we never intentionally planned to do so. But when one of our daughters was cast in the national tour of a Tony-Award winning musical and we needed to take turns traveling the country with her, it just sort of happened.

During this time, it’s true that our fondness for each other deepened. We missed falling asleep together and waking up side-by-side. We longed to regularly share meals again and laugh at the same time in the same place at the silly things our kids said and did.

Yet, we also found ourselves increasingly susceptible to forgetfulness in one particular area. It was the area of interdependence or mutual reliance that’s essential to a strong, healthy marriage.

Almost 15 years ago, when Ted and I said “I do,” we made a lifelong commitment to increasingly grow more dependent on each other. These long stretches of separation, though, brought with them increased independence. While independence was necessary to keep everything running smoothly at home and on the road, it also slowly threatened to eat away at our interdependency. It sought to leave each of us thinking more about “me” than “we.”

The good news is, thanks to our awareness, we were able to proactively work to stay interdependent even in the absence.

Maybe you and your spouse are in a similar situation. It could be that your spouse travels a lot for work, or is stationed overseas with the military. If you struggle to maintain your interdependence over distance, here are three things we strived to do during our season of prolonged absences. You may find them helpful too.

It’s true that I didn’t call Ted to discuss every decision I faced in his absence. Yet when it came to important financial or parental choices we’d normally have made together, I still involved him. He did the same. This included resolving dental bills, determining car maintenance, and helping one of our kids deal with a bully.

Making decisions together, and sometimes working through conflict in the process, reminded us that we weren’t living independent lives, even though it felt like it at times.

Marriage is made up of the small, seemingly insignificant moments of the day. Laughing together at a humorous anecdote from work or parenting, drinking coffee or eating dinner side-by-side. Even with the distance, we made an effort to still include each other in them. While we may not have both been present when one of our kids said something silly or did something kind, we were sure to share it with each other.

Including one another in the small moments of the day – through texts, Facetime, phone calls, and even social media – helped keep our stories intertwined and reminded us of our interdependence.

“His letters grow more and more infrequent,” Abigail Adams tells her daughter in the 2011 HBO mini-series John Adams. In this historically-based drama, John is in Paris, attempting to negotiate with the French, while she and three of their four children remain at home in Massachusetts. “The one letter I did receive gave me no assurance of his affection,” she heartbreakingly continues.

Fortunately, in our day and age, we can communicate more quickly and frequently than those in Revolutionary War America could. Even so, life is hectic. Ted and I had to be purposeful to make sure our communication wasn’t focused solely on the business of life, but also reaffirmed our continued love and tenderness for one another.

Consistently striving to remind each other of our long-lasting affection helped to strengthen our interdependence.

Now that the tour has ended and we’re back under the same roof full-time again, that doesn’t mean interdependence becomes simple and automatic. It still requires daily hard-work and determination. Yet, for us, being together does make putting “we” ahead of “me” just a little bit easier.

Now read this: Navy sailor gave his life to save his ‘kids’