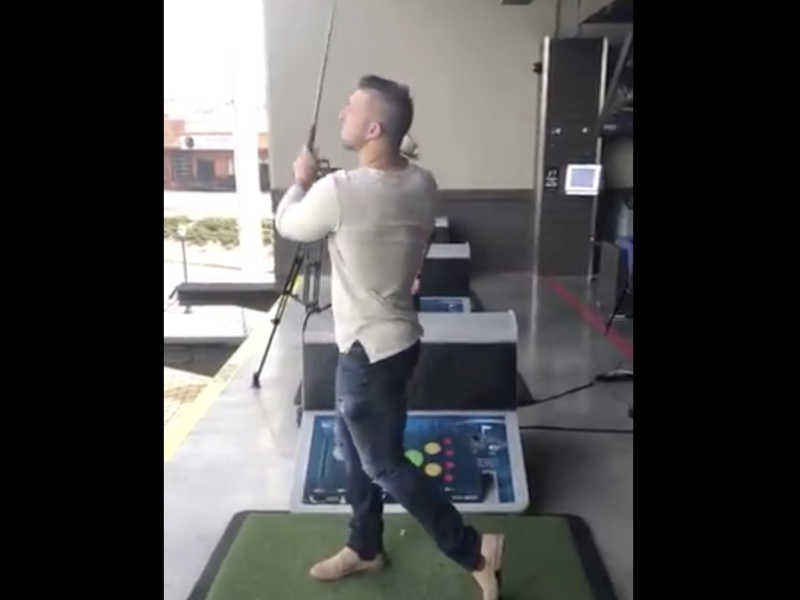 Tebow, 31, was participating in the Wrangler Celebrity Charity Shootout in Atlanta, an event supporting Tebow’s annual Night to Shine, which gives thousands of people with special needs a dazzling prom experience.

Pat McAfee, a retired punter for the Indianapolis Colts and host of “The Pat McAfee Show,” served as the emcee of the event, according to Fox News. Each of the celebrities there hit 10 balls to try to win $10,000 for the charity of their choice.

During one of Tebow’s swings, McAfee’s producer yelled, “Jesus.” Without missing a beat, the former NFL player calmly replied, “Loves you.” Watch below:

McAfee posted a video of the funny moment to his Twitter account. He described the change as “one of the most perfectly timed lines I’ve ever heard in my life.”

As for Tebow, he recently got engaged to former Miss Universe Demi-Leigh Nel-Peters and is executive producer of the forthcoming movie “Run the Race,” which debuts in theaters Feb. 22.

A version of this post originally appeared on Faithwire.com and was republished with permission.