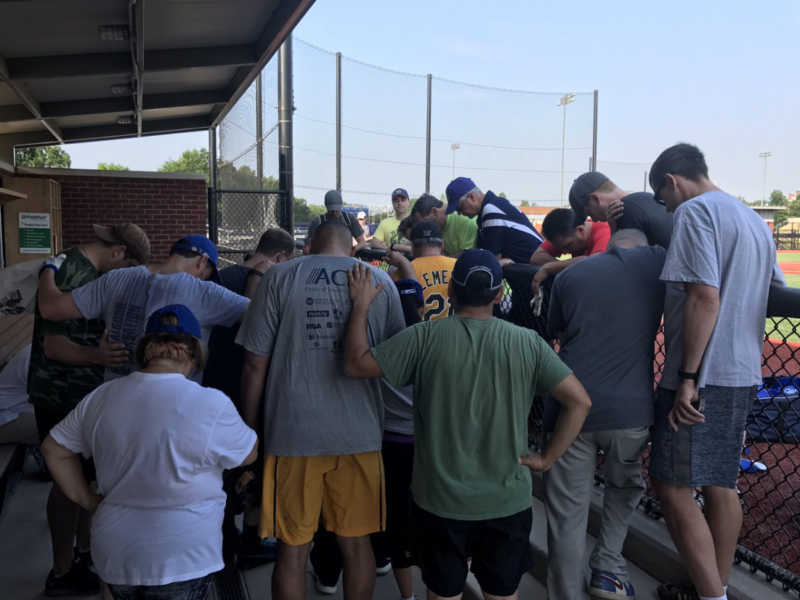 After a gunman opened fire on Republican representatives practicing for the annual Congressional baseball game, one representative posted a picture of Democrats stopping to pray for those injured while practicing at their own field:

The picture was posted by Rep. Ruben J. Kihuen (D-Nev). According to reports, a gunman opened up with a rifle on the practicing Republicans, injuring Republican Whip Steve Scalise of Louisiana and four others, including capital police. Scalise was taken into surgery. President Trump tweeted that Scalise will recover.

The gunman has reportedly been identified, and President Trump said he has died.