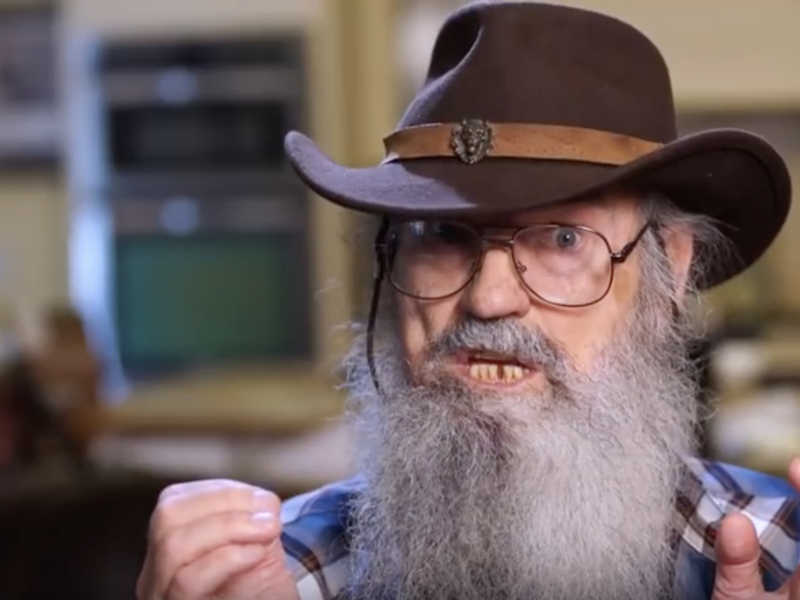 If you’ve been jonesing for some Uncle Si since “Duck Dynasty” ended, your wait is over. The lovable Robertson family member is releasing a new project on Friday. No, it’s not a new hunting DVD. It’s not a basketball tutorial. It has nothing to do with any of his bayou ingenuity.

Nope, instead it’s a music album with his new band. That’s right, his new band: Uncle Si & the Sicotics.

The six-song album includes future hits like, “As Seen on TV,” “Huntin Somethin’,” and “The Yee-Haw Song.”

You can sample “As Seen on TV” here. But warning, it’s a little catchy.

“I can sing!” Si declares in a promotional video for the album. “And you’ll find out in the near future.”

Watch him explain below:

Surprisingly, this isn’t Si’s first foray into the music business. Back in 2014 he released a different six-song album featuring a duet with the likes of country legend Kix Brooks of Brooks & Dunn.

“I’m gonna make this my new career choice,” he said at the time. “I had a blast!”

With Friday’s album release, it looks like he’s making good on that promise. You can currently pre-order the new album for $6.99 through the group’s website.

Our founder, Kirk Cameron, is headed down to spend some time with the Robertsons later this month. We’ll let you know if he comes back singing “Huntin Somethin'” instead of “Chain Breaker.”