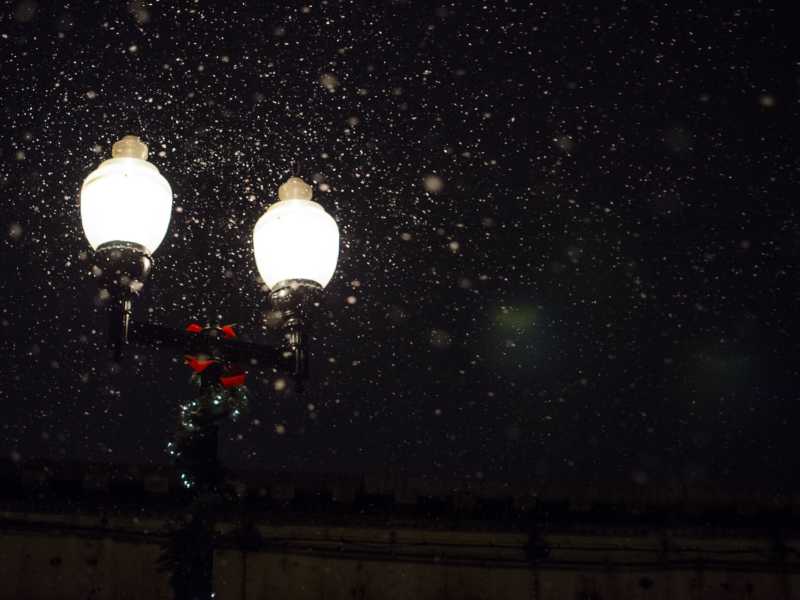 Like a lot of other elements of the Christmas story, I think we have glamorized the shepherds. We dress up as shepherds for our Christmas plays, and figurines of shepherds are part of our Nativity scenes, but I don’t think we understand who and what they were in the culture of their day.

Shepherds were at the very bottom of the social ladder. The testimony of shepherds wasn’t even allowed in a court of law because it was assumed they would not tell the truth. They were despised by many people. One reason was they could not observe the ceremonial hand washings that were required to approach God in the temple. These guys were what we might call salt-of-the-earth kind of people. They had dirt under their fingernails. They went out there and got the job done.

Read this: The Christmas story from the perspective of Simeon

These are the people God handpicked to receive the angelic announcement of the Savior’s birth. God was saying, in effect, “I’m going to tell the outcasts, the people on the bottom of the social ladder, that unto you is born this day in the city of David a Savior, which is Christ the Lord.”

This is typical of the way God often works. After all, whom did he choose to be the mother of the Messiah? He chose a peasant girl named Mary, who was living in Nazareth, a town in the middle of nowhere. Throughout his ministry, Jesus always had time for the nobodies, the outcasts. He had time for unloved people like the despised tax collector Zacchaeus, the woman who was caught in the act of adultery, and the immoral woman at the well.

Jesus also had time for hurting people. Whenever there was a hurting person and Jesus was nearby, it was only a matter of time until the two would connect. There was the day he was on his way to see the daughter of Jairus, a very influential, powerful man. Meanwhile, there was a woman who had a medical condition she couldn’t get resolved. She had spent all of her money on doctors. She determined that if she could touch the hem of Jesus’ garment, she would be healed.

As Jesus weaved his way through the crowd that was almost crushing him, this woman reached through and touched the very edge of his robe. Suddenly Jesus stopped and said, “Who touched me?” In the disciples’ minds, it was more a question of who didn’t touch him. But when the crowd parted, there stood the woman. Jesus could have said, “I don’t have time for you. I’m going to the house of Jairus. His daughter is very ill.” But he didn’t do that. Instead, Jesus commended her for her faith. He always had time for people like her.

Jesus also had time for little children. On one occasion when mothers were bringing their children to Jesus, the disciples tried to shoo them away. But Jesus said, “Let the little children come to Me, and do not forbid them; for of such is the kingdom of heaven” (Matthew 19:14 NKJV). Jesus always had time for the down and outers, for the outcast, for the unloved and for the unknown.

Jesus always had time for the down and outers, for the outcast, for the unloved and for the unknown – people like the shepherds. We know from Luke that the shepherds were living outside, with really no homes to speak of: “There were in the same country shepherds living out in the fields, keeping watch over their flock by night” (Luke 2:8 NKJV). They didn’t get out much – didn’t see a lot of things. And suddenly they were watching a heavenly light show:

An angel of the Lord stood before them, and the glory of the Lord shone around them, and they were greatly afraid. … And suddenly there was with the angel a multitude of the heavenly host praising God and saying: “Glory to God in the highest, and on earth peace, goodwill toward men!” (verses 9, 13–14 NKJV)

It’s as though God took the veil separating Earth from Heaven, pulled it back, and said, “Check it out, boys!” They were watching angels of the Lord worshiping God. No wonder they were afraid.

But the angel told them, “Don’t be afraid! … I bring you good news that will bring great joy to all people. The Savior – yes, the Messiah, the Lord – has been born today in Bethlehem, the city of David! And you will recognize him by this sign: You will find a baby wrapped snugly in strips of cloth, lying in a manger” (verses 10–11 NLT).

That’s a good thing to think about as we’re about to enter a new year. We don’t have to be afraid. Why? Because this is good news. The term used here for good news originates from a verb that we translate into the word evangelism. In other words, “Tell the people the good news that Christ the Savior is born!”

We, too, live in an uncertain world. We hear news of all the threats against our nation, threats from people who wish us ill, from people who want to harm us. It’s a scary world we’re living in. But God is saying, “Don’t be afraid. Instead rejoice, because there is a great event that has happened.” We have a Savior: The Savior – yes, the Messiah, the Lord – has been born today in Bethlehem, the city of David! He saves us from our past, our present and our future. He forgives us all the wrongs and the sins we’ve committed. This is the great hope that we have at Christmas. We have a Savior.

Now read this: A prayer to help your heart prepare Him room