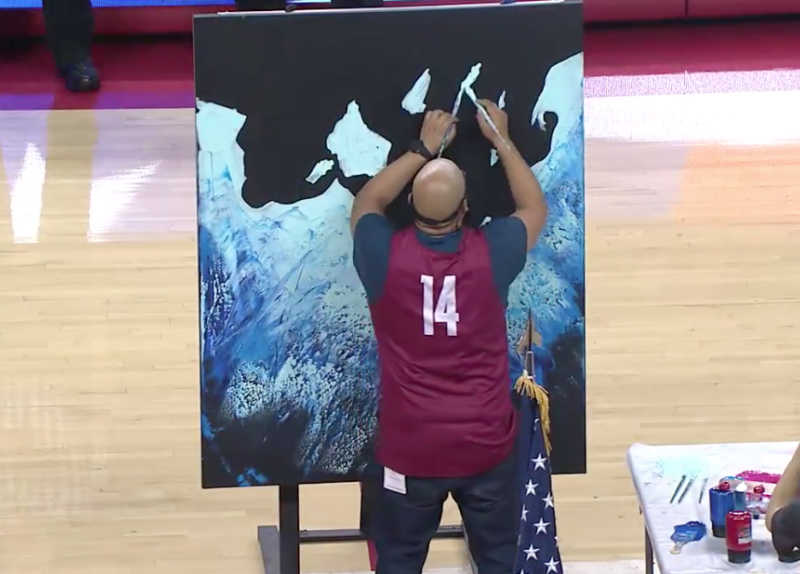 There’s nothing like someone absolutely nailing the National Anthem before a sporting event (hello Whitney Houston!). And while it’s great to see someone belt out the Star Spangled Banner, it’s even better when people get creative and it works.

Everson is not only a great vocalist, he’s also an artist. And during a recent Arkansas Razorbacks basketball game, he combined the two in order to deliver a stellar rendition of our nation’s song.

At first, it’s hard to tell what exactly he’s painting. But wait until the end when he makes the big reveal. We won’t give it away. Just watch: