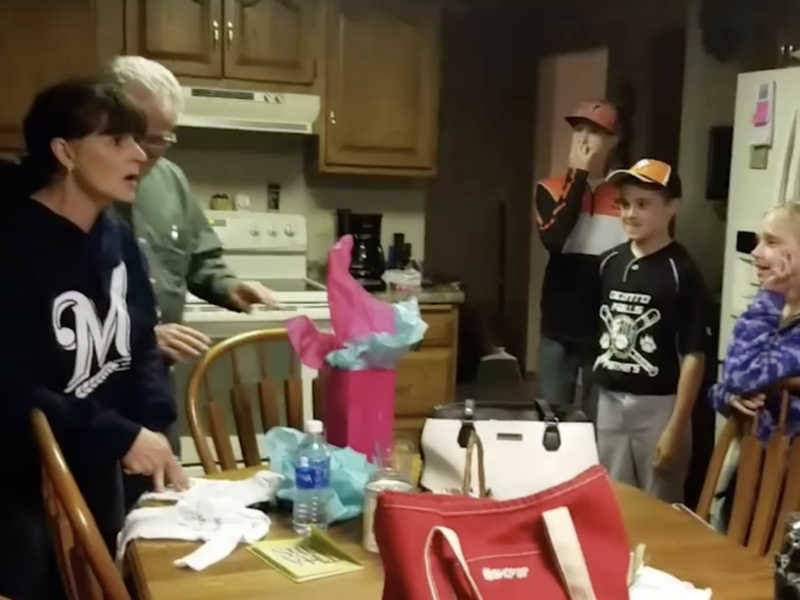 A grandmother, presumably in Wisconsin, is going viral after her uncontrollable reaction to the news that her daughter is having not one but TWO babies.

Her reaction was captured on video by the daughter’s husband and shows screams, disbelief, and plenty of excitement. It starts with news of just one, with the grandma already jumping for joy. But then the daughter adds a surprise with the bombshell news.

“In case that that one gets dirty,” the daughter says, referring to the onesie the grandmother had just opened. She then hands her mom a second one.

“Jennifer, this is a joke!” she screams as the family laughs. “Are you serious?! Is this a joke? You have twins!”

Watch the adorable video below:

A grandma is sent into a high-pitched freak-out frenzy – not once but twice – when her daughter reveals she’s pregnant with ‘miracle’ twins.