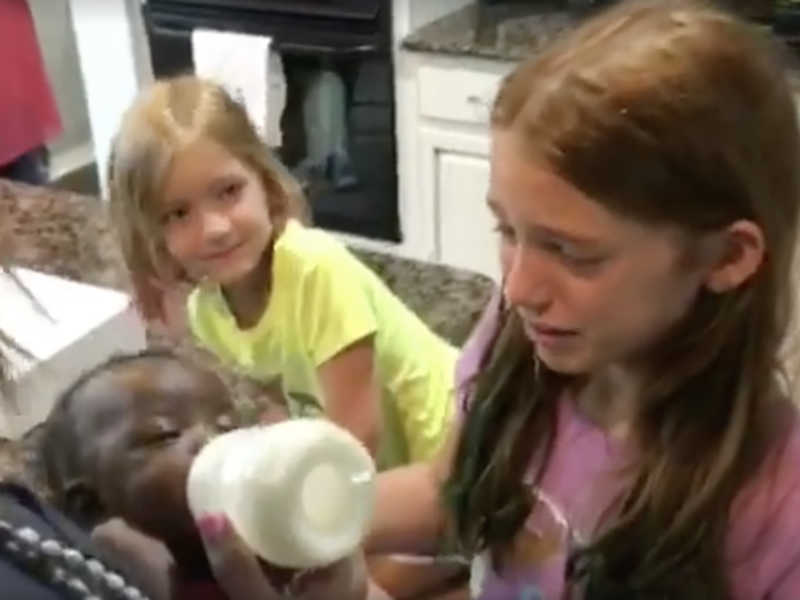 Touching video of a mom and dad surprising their children with the addition of a newly-adopted sister is exactly what you need this morning.

The video shows Shane and Kasi Pruitt introducing the baby girl to their two other daughters. The Pruitts already have four children, two by birth and two others by adoption.

Faithwire explains how it came to be:

Pruitt, who serves as Director of Missions of the Southern Baptists of Texas Convention, received a call Thursday morning from a local lawyer who told him about a child who was up for adoption. Shane and Kasi prayed about the decision before finally saying “yes” to the new addition, a baby girl named Celsey Marie.

Watch it unfold below:

OUR FAMILY HAS GROWN: So, this happened OUT OF NOWHERE yesterday. We prayed FAST and felt like the LORD answered FAST! Our kids had no clue, and this is how we told them about their BABY SISTER. Their reactions are priceless! Meet CELSEY MARIE… #adoption #family #TableFor7Please #SomeFamiliesAreMadeFromLoveNotDNA #PruittPack