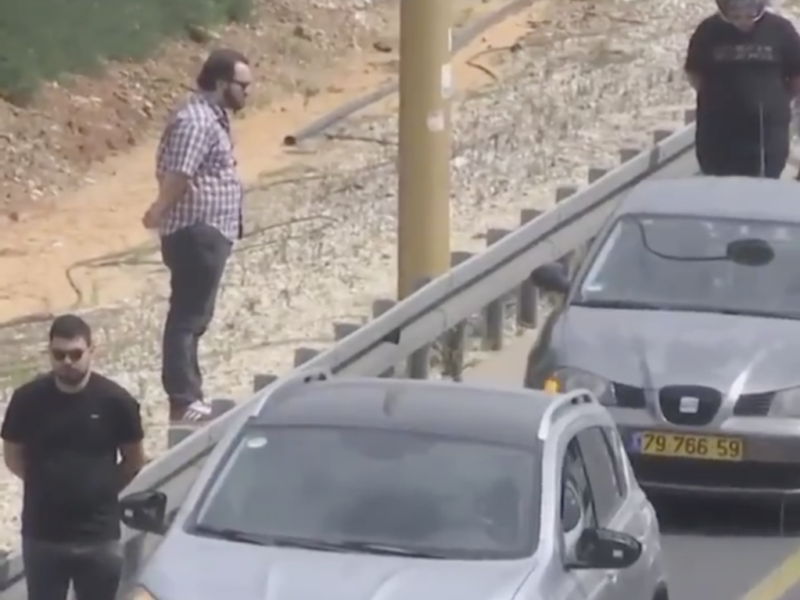 All of Israel — the tiny democratic nation tucked in a sea of chaos — came to a complete standstill for two minutes Thursday in honor of the six million Jewish people massacred during the Holocaust.

The stunning moment of silence began when sirens blared across the Jewish nation, according to a report from CBN News.

Israel comes to a standstill with a two-minute siren wailing across the country in remembrance of the six million Jewish victims of the Holocaust. https://t.co/dVUR96NWIT pic.twitter.com/LBICcwpV32

Robert Dunn, who is from Philadelphia, was visiting Israel. He told CBN Thursday marked the first time he had been in the country on Holocaust Memorial Day.

“It was very powerful,” he said. “It was something that we’ve never seen and that everyone groups together as a country, which was pretty amazing.”

Two brothers, Benjamin and Aviv Weiss, 6 years old and 8 years old, respectively, both observed the standstill. Benjamin told CBN they “freeze” for two minutes “because we remember the Jews that were in the war that died so it doesn’t happen again.”

In his statements remembering the Holocaust, Prime Minister Benjamin Netanyahu said the extreme left, extreme right and radical Islam all agree on “one thing: their hatred of Jews.”

The prime minister also took rebuked The New York Times for publishing back-to-back anti-Semitic cartoons in its international edition, according to Ynet News.

“We’re not talking about legitimate criticism of Israel,” Netanyahu said, “but of systematic, poisonous and shallow hatred.”

Join Kirk Cameron in his wife Chelsea in an online marriage and family course! Sign up today!