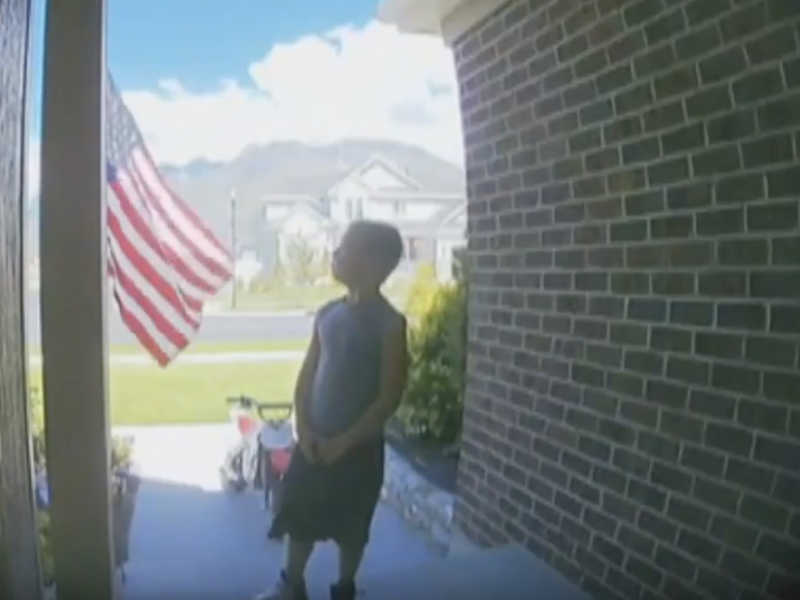 Great basketball coach John Wooden said, “The true test of a man’s character is what he does when no one is watching.” Wyatt Warner of Utah has a bright future ahead of him, then.

The seven-year-old’s mother caught the boy on her friend’s doorbell camera recently dropping what he was doing and reciting the Pledge of Allegiance as he rode his bike up to the door. He even seems to stand in awe of Old Glory as he waits:

“He doesn’t pledge allegiance, that I am aware of, other than at school … or at an event,” Jami told Fox News. “I can’t remember a time when he did this on his own.”

“I wished I could show it to every parent who feels like what they teach their kids goes in one ear and out the other,” she added. “We try to teach our three kids about how lucky they are to live in this country and about the men and women who have served and died for our freedom.”