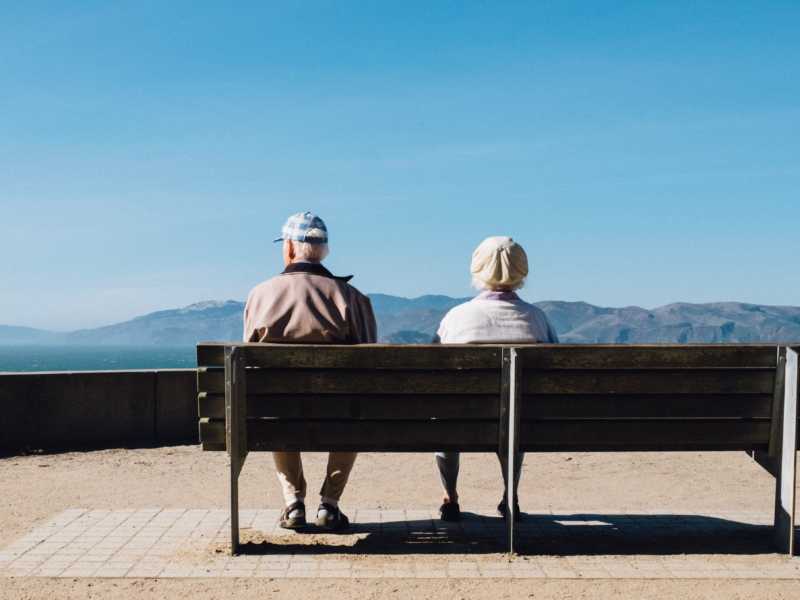 “We started out the first mile together, now we’ll walk the last mile together.” That’s how a couple who divorced 50 years ago explained their decision to get married again.

Harold Holland and Lillian Barnes fell in love as teenagers. They married and had five children together but divorced in 1968. They married other people, but their spouses died in 2015. Holland hosted his annual family reunion at his house last summer. This time, Barnes attended.

“One thing led to another,” Holland said. He takes full responsibility for their divorce and says he was surprised she gave him another chance. Next week, they will marry again.

Their blended families include 10 children, more than 20 grandchildren, and 30-plus great-grandchildren. Holland says he’s lost exact count. He has enjoyed telling them the news, however: “The kids and grandkids got a big bang out of that. Grandma marrying Grandpa sounds a little weird.”

Their grandson, Joshua Holland, is a pastor in New Orleans and will officiate their wedding on April 14. He says, “This is the most monumental wedding I’ll probably ever do in my life.”

“It is not good that the man should be alone”

In a culture filled with challenges, we need each other.

Do you want to join Kirk Cameron’s exclusive online community? Sign up for a FREE 14-day trial of The Campfire today!

The US Surgeon General issued an advisory yesterday urging more Americans to carry naloxone, a drug which can reverse an opioid overdose. He noted that whether people realize it or not, “folks are overdosing around them each and every day and they can help save a life.”

In the technology-will-kill-us-all category, dozens of scientists are boycotting the Korea Advanced Institute of Science and Technology over concerns it is developing killer robots. The center denies the allegation.

The largest earthquake in several years struck Southern California yesterday. Because it occurred offshore, it caused no major damage. However, as one expert noted, “It’s a reminder that we need to be ready in the future.” Meanwhile, the 2018 hurricane season is expected to be more active than normal.

The news proves every day that God was right to create us as people who need people. “It is not good that the man should be alone,” he noted (Genesis 2:18).

“They had everything in common”

But there is an exception: redwood trees on America’s Pacific Coast. One is the tallest tree in the world at 379 feet, taller than the Statue of Liberty. Many redwoods exceed three hundred feet. Some are believed to be more than two thousand years old.

However, according to the California Department of Parks and Recreation, these gigantic trees have very shallow root systems. Their roots extend more than one hundred feet from the base, intertwining with the roots of other redwoods. It is their interconnectedness that is the secret to their stability and strength.

This phenomenon is a parable for us today.

After the apostles were ordered by the authorities to stop preaching the gospel, they prayed for boldness to be faithful to God (Acts 4:29). The Lord answered their prayer: “The place in which they were gathered together was shaken, and they were all filled with the Holy Spirit and continued to speak the word of God with boldness” (v. 31).

But don’t miss the second answer to their prayer: “Now the full number of those who believed were of one heart and soul, and no one said that any of the things that belonged to him was his own, but they had everything in common” (v. 32). God gave them boldness not only through personal inspiration but also through corporate solidarity.

They could stand for Jesus because they stood together.

You and I live in an existentialist culture that focuses on the one to the exclusion of the many. We celebrate the self-made, self-reliant person. We wear headphones when we go out, stare at our cell phones in elevators, and cocoon from our neighbors into houses without porches.

But if you take a coal from the fire, the coal goes out.

One of the most radical and life-giving dimensions of Christianity is its emphasis on solidarity. The church in the New Testament is collective–a vine with many branches (John 15:5), a body with many members (1 Corinthians 12:27). Heaven is comprised of “a great multitude that no one could number, from every nation, from all tribes and peoples and languages” (Revelation 7:9).

God’s word calls us to “bear one another’s burdens, and so fulfill the law of Christ” (Galatians 6:2). Whose burden will you carry today? Who will carry yours?

Now read this: Why we all need accountability partners to keep our faith strong