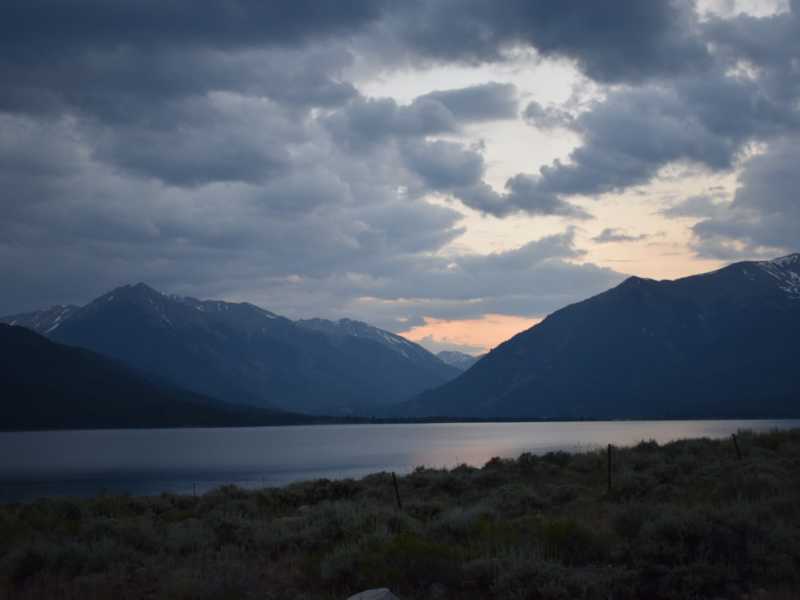 The north and the south, you have created them;
Tabor and Hermon joyously praise your name.

My husband, Ryan, and I recently went camping, hiking, and cycling in Colorado. Scratch that, he went cycling. If I tried to ride a bike in that altitude and up and down those hills, I wouldn’t be alive right now. Just before leaving for the trip, my father-in-law gave Ryan a bracelet to wear while riding his bike. He had engraved emergency contact information on it just incase he were to ever crash and need assistance from a stranger.

“That’s so sweet!” I initially thought.

“Wait. This is actually terrifying.” Of course, thinking up the worst possible scenario.

I then noticed that “Psalm 89” was engraved at the bottom. It wasn’t until we were laying in our tent at the base of Mount Elbert a week later that we decided to read the passage. Ryan read aloud, and paused on verse 12. “Tabor and Hermon… Who are they?” We read the notes of my study bible for further explanation. The study notes read:

“Because God is the Creator, the whole world belongs to him; and his creation will joyously praise his name. Tabor and Hermon are notable mountains in the land, Tabor in the Jezreel Valley and Hermon at the northern end. The most impressive features of the landscape acknowledge the greatness of their Creator.”

Considering that we had just spent six hours hiking a mountain that day, we found it quite ironic that the verse we paused on happened to be about mountains. I’ve read verses like this before, those that mention nature praising His name. Though, it sunk in a little deeper that night in the tent. As we continued our trip, I stared at each mountain we passed thinking to myself, “Could they really be literally praising His name at this very moment?”

This was the first time I had asked that question honestly. It felt beyond silly at first. Mountains are inanimate! Yes, there’s life all throughout the mountains, but to think they have literal thoughts, voices, and emotions is way too abstract and hippie-like for me to even consider. But I think God was trying to push my thinking outside of my limited human understanding, perhaps to teach me something. I couldn’t escape the thought.

Ryan and I sat in front of another mountain the next night and I gave a “I-know-I-sound-crazy” disclaimer before saying, “What if they’re praising God at this very moment? You know, I bet if the mountains had audible voices like you and I, they would be preaching the gospel constantly. They’d say, ‘If you knew our Creator like we do, you wouldn’t be chasing all of that other stuff. Look how glorious we are! We are the work of your Creator.'”

You see, the mountains and all that they contain are completely dependent on God and His creative hand. They don’t get to choose if they want to be, they just are, because God designed it so. How amazing would it be if we were that close to our Creator? Never doubting or questioning why things happen, but just knowing that God is at work, and that’s all we need know to trust in Him.

Never doubting or questioning why things happen, but just knowing that God is at work, and that’s all we need know to trust in Him.

Our free-will is a gift, and I’m so thankful that I can experience true love with the Father because of my ability to choose Him versus being a robot, coerced into a relationship. Though, I become so frustrated at myself when I choose to pursue my own selfish, polluted desires. How could I choose my own way, my own “work of art,” when the picture-perfect mountains, the thousands of trees, and the bees pollinating tiny flowers at 14,400 feet at the summit of Mount Elbert are screaming proof of His genius hands?!

“How could you not trust Him?” the mountains would say. “He clearly knows what He’s doing.”

Ryan’s response was beautiful. “That’s not crazy to think, Caitlin. Verse nine says that He rules the raging sea, and that when its waves rise, He calms them down. We know for a fact that this actually happened in the New Testament. If the waves are literally submissive to God’s glory, then I’m sure the mountains are, too.”

This all might seem crazy, and that’s okay. But please, next time you’re outdoors and you see the flowers, or you feel the wind, or maybe you’re hiking a mountain, consider its beauty. Think about its dependence on God, and the Creator that cares about those large and small details in nature, also created you. He cares a great deal about His creation. He cares a great deal about you, and He knows what He’s doing.

What more can we learn about the character of God when we observe His creation?

Now read this: I thought I would never be able to make God number one in my life.