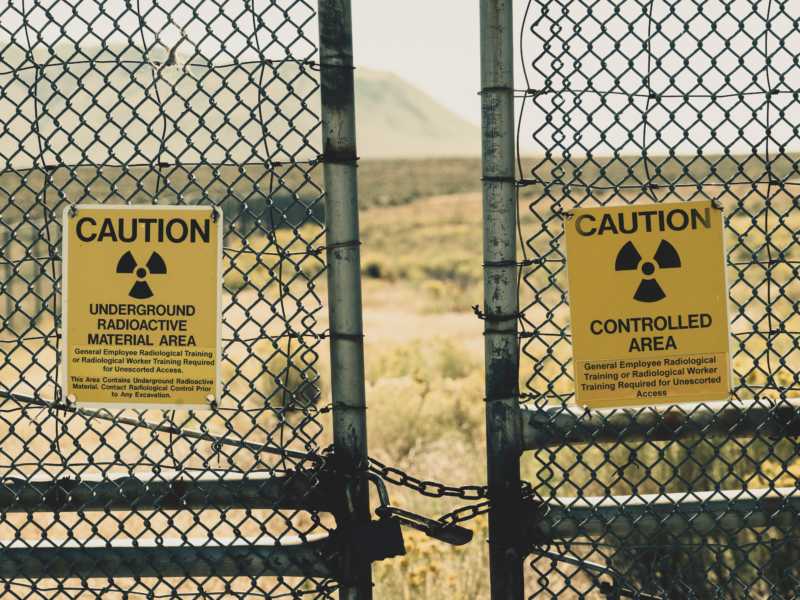 Anyone who searches their own heart and has any sensitivity to the Holy Spirit’s conviction knows such a characterization isn’t always true to life. I do believe there are toxic people in general, and sometimes we may need to walk away from such a spouse. In most instances, however, toxicity and other bad behavior are exhibited on a continuum and expressed by both spouses—perhaps one more than the other, but both nonetheless.

A wonderful, courageous couple named Darin and Lesli have opened up their lives to share a tremendous story of how God helped them walk out of the mutual toxicity they experienced the first two decades of their marriage. They both saw toxic responses in each other. But labeling your spouse as partly toxic and ignoring your own toxic behavior mean that nothing positive is ever going to happen and everything negative is going to get worse.

Labeling your spouse as partly toxic and ignoring your own toxic behavior mean that nothing positive is ever going to happen and everything negative is going to get worse.

Darin and Lesli’s tale is an inspiring story of redemption and grace. It is evidence that we don’t always have to leave a marriage at the first sign of toxicity. If both partners are repentant and surrendered to God, we can leave the toxicity instead of the marriage.

Darin and Lesli are co-owners of a small business. Working together every day and sleeping together at night create all sorts of opportunities for toxic attitudes to rise and flourish. One time, Lesli forgot to pay a bill that Darin had promised a client would be paid right away. When Darin heard from his client that it still hadn’t been paid, he was embarrassed and upset, and he let Lesli know.

At the time, Lesli lived with a fierce sense of self-protection that made saying “I’m sorry” or “I was wrong” feel impossible. Darin’s anger made things even worse, however, as it caused Lesli to shut down. She justified her lack of an apology by citing Darin’s angry behavior. Instead of talking things out, she refused to apologize and just quietly paid the bill.

“Aren’t you going to apologize?” he’d asked. “We can’t just pay the bill and pretend nothing happened.”

His forceful response moved Lesli to further silence and withdrawal. Darin ended things by saying, “You never say you’re wrong. Why can’t you apologize?” All this did was make Lesli feel entrenched and committed to notapologize—ever. In her mind, it wasn’t about what she had done; it was about Darin’s response. And she wasn’t about to give in to that.

This is where self-righteousness slides marriages straight into the spiritual sewer. Both Darin and Lesli could point to unhealthy patterns in the other, which both believed justified unhealthy responses from themselves.

These kinds of fairly common misunderstandings went on for nearly two decades of marriage. It was always the same cycle. Darin grew increasingly offended by Lesli’s inability to communicate. He’d respond by verbally jabbing her or using sarcastic comments.

The result was a growing distance. Darin’s behavior was toxic, to be sure, but Lesli responded in her own toxic way by utilizing the silent treatment.

Change came in the summer of 2006. Darin and Lesli’s church invited me to do a seminar on Sacred Marriageand followed up the seminar with a book study in their community groups. That opened the door for Darin to look at his marriage and his heart in a different light.

Even more significant was the work of the Holy Spirit on Darin’s heart. Darin wanted desperately to succeed—in his marriage, as a parent, in his business, as a church member—and nothing was turning out right. It wasn’t, he said, “until the Holy Spirit began to reveal to me that I wasn’t letting the Father love me that things began to turn. In part because of issues with my own dad, I had allowed my identity to become wrapped up in my performance. Lesli had become an idol, as had many things in my life.”

Getting right with God was a necessary prerequisite for Darin to get right with his wife. He had to receive from God before he could give to his wife, or else he’d keep demanding from his wife what he should have been seeking from God.

When Darin meditated on how much God had forgiven him, the fact that Lesli might forget to pay a bill or have a difficult time communicating paled in comparison. Darin also saw the sinful impulse behind his desire to have a better marriage.

When we treat our spouse based on what God deserves rather than what our spouse deserves, even if our spouse doesn’t respond, there’s a wonderful moment of worship. Now, of course, in some severe cases, that moment of worship can include marshaling the courage to walk away, as Jesus did. At other times, it’s learning to respond to troublesome behavior with the generous grace and love of God, based on Jesus’ prior love for us.

When we treat our spouse based on what God deserves rather than what our spouse deserves, even if our spouse doesn’t respond, there’s a wonderful moment of worship.

Lesli’s own change of heart followed Darin’s. Their impasse, she admits, was broken only when Darin changed first. And men, listen up. Darin had to change without seeing results for nearly a year before Lesli began to come around.

Because men’s sins are so visible and often so hurtful, many wives assume their own “smaller” sins don’t matter, that they get a pass until their husbands become very close to perfect. Again, this is dangerous to talk about if a wife who is being abused tries to apply this, so it’s helpful to have wise counsel in this regard. In many marriages, however, wives do need to hear that God doesn’t give them a pass for their toxic behavior just because their husband’s toxic behavior feels “worse.”

Both Darin and Lesli waking up to their own toxicity has created a demonstrably different marriage in the past eight years.

The presence of a holy and pure God is the best antidote to a polluted and toxic marriage. Because of God’s power and truth, when the environment is safe to do so, the preferred path is to leave the toxicity rather than the marriage.

Taken from “When to Talk Away” by Gary Thomas. Used by permission. www.whentowalkawaybook.com.

Gary Thomas is a writer in residence at Second Baptist Church in Houston, Texas, and an adjunct faculty member teaching on spiritual formation at Western Seminary in Portland, Oregon and Houston Theological Seminary in Houston, Texas. He is the author of 19 books, including Sacred Marriage,  Sacred Pathways, Cherish, Sacred Parenting, and the Gold Medallion Award-winning Authentic Faith. He has a master’s degree from Regent College, where he studied under Dr. J.I. Packer, and was awarded an honorary doctorate in divinity from Western Seminary. Gary has spoken in 49 states and 10 different countries. He has appeared numerous times on various national radio and television programs, including CBN, Focus on the Family and Family Life Today.