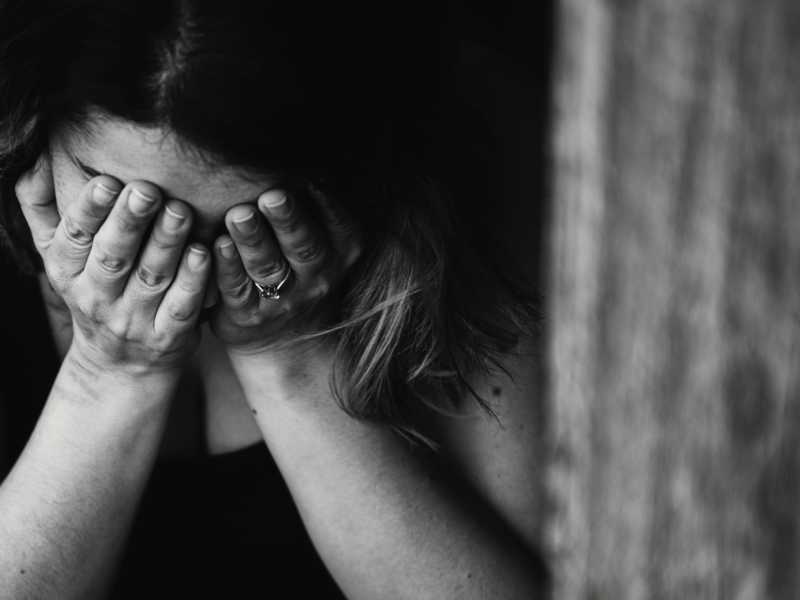 The cry sliced the airways, charged up and over aisles, while I passed an obligatory glance at the paltry remains of the Christmas clearance. Everyone heard it, but no one made eye contact as the small but powerful wail crashed into our collective consciousness.

Someone was having a bad day.

I tried to ignore the clamor and continued shopping with my two oldest kids, moving about the store and checking things off our list. The cry was wild, irksome, not easily ignored. My thoughts followed what I assume is a pretty normal path as the battle continued to wage.

This is getting a little ridiculous…

Girl, wave the white flag. Take the kid to the car. Give her the candy. Something. Anything.

I’m not saying these thoughts are a holy checklist for proper parenting, don’t read that. They were just real ones. And probably similar to those of most of the non-eye contact shoppers around me. We were all in this together, except not.

My list complete, I made my way toward the checkout and the wailing got louder. We were obviously inching closer to the culprit. The volume increased, the source neared, with each passing aisle.

And there she was. Parked three feet from the end of the aisle, I could have reached out and touched the mama I found sitting criss-cross on the floor. Her tween daughter, with what immediately appeared to be a mental handicap, lay across her lap, wailing.

The lump in my throat, the kind that surges tears to eyes, was instantaneous.

The mom didn’t even notice me; her eyes were fully on her daughter. Her purse lay half-tipped beside her and her face was calm as she rocked, held and poured peace into her wildly yelling girl. She whispered amidst the cries without an ounce of anxiety in her voice, “It’s okay. I know you don’t understand.” Her muscle memory was obvious. She knew what she was doing.

Realizing this mama had the seemingly out of control situation under control, I shuffled my kids past the scene, when my daughter asked: “What was going on there, mom?”

The only answer I knew came quick. “That was someone being a really good mama, right there.”

She took a moment to process my abstract answer and pushed for more, “Is that what you would do?”

She cut to the quick and I answered as honestly as I could. “I hope so, Bay. I sure hope so.”

Do you want to join Kirk Cameron’s online faith-based community? Sign up here!

In all my life I’m not sure I have witnessed first hand, a more beautiful moment in motherhood. The calm in the face of heartache; the calm in the face of stares. Living life amidst everyone’s assumptions, inaccurate as they may be, and doing it anyway. Tossing your purse and going down Indian-style in the aisle for your kid who is still fighting you.

Every single one of my initial thoughts and reactions was wrong. That mom knew what she needed to do and she did it in a way that was both beautiful and brave, even when the world around her, the world that didn’t know the whole story, never understood it as such.

Let’s not shuffle past that, friend.

God has chosen you as the mother of your kids. Their needs might not be quite so obvious, but they have them, I promise. They have quirks and bents that are going to stretch you and test you and probably even embarrass you at times. What they need is a mama who is willing to throw down and hold them. A mama who doesn’t even notice the whispered disdain, the gaping crowd. They need a mama who will spill her purse and be in it with them more than she complains about how hard this gig is. Our kids need mothers brave enough to live that hard, risk that, rather than hiding in the car or staying at home.

I wish I had the opportunity to let that mama know how awesome I think she is. Clearly, it wasn’t appropriate at that moment. But maybe her story can speak louder than any pat on the back I could offer.

Let’s be mamas who root each other on in living out courageous motherhood. It’s rarely picturesque, it’s often humbling and nearly always hard. But we have the unique opportunity to pour the purest courage into the souls of the next generation, and anyone else watching, by laying down our pride and doing the gritty work of motherhood. Daily. Bravely.

God, grant us the courage to do this well.

Do you want to join Kirk Cameron’s online faith-based community? Sign up here!

This post originally appeared I Choose Brave and was republished with permission.

Katie Westenberg is a wife and mother to four, who is passionate about fighting fear and living brave. Married for 15 years, she lives in Washington state, enjoying life outside the city limits and any adventures that involve friends and family. She writes at IChooseBrave.com encouraging women to fear God and live brave.