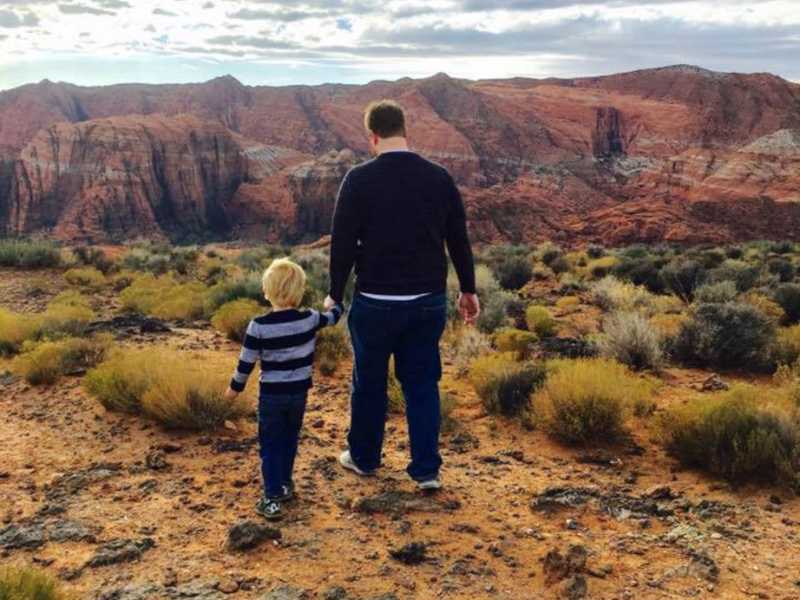 I knew what I wanted more than anything in the world when I was a senior in high school: to be a father. More specifically the father of a son.

I look up to my own father so much and appreciated my time with him so much that I knew I wanted to give my own son the same type of love and one-on-one experiences I had with my dad.

That made March 15, 2012, the best day of my life. I know technically I’m supposed to say my wedding day was the best day, but even my wife Emily would agree that my son Noah’s birthday was hands down the most beautiful and memorable day of our lives. It was a long and arduous day, but nothing will ever top it.

Are you raising children and need advice? Kirk and Chelsea Cameron invite you to take their online video course!

Emily was in labor with Noah for 32 hours. It was sleepless and nerve-racking. The doctors eventually decided that an emergency cesarean would be required to get Noah out.

When Noah was finally born, it was simply surreal. I’d never seen such a calm and peaceful baby in my life. Because they feared he might have meconium in his lungs, I was required to walk him to a special nursery. On that walk to the nursery, all we did was stare directly into each other’s eyes. It was the most beautiful 90 seconds of my life.

I had my little boy and I would do anything in the world for him.

Having a Noah was my dream come true. I had dreamed about the things we would do together: Play catch outside; teach him to throw a football; take him to baseball games; learn to play video games together; teach him to read and to just talk. I so longed for the day to get to experience those things with him.

Noah, who had been thriving up until that point, began losing some of the skills he had developed. A few words he had said were gone. A couple fine motor skills he had developed disappeared. Milestones were delayed and unmet. I didn’t think too much of it, but Emily (who had a much more keen eye than me) was concerned and scheduled an appointment. It was July 31, 2014, that we learned what we both had feared most: Noah had autism.

My world collapsed. Every single hope I’d ever hoped was gone. Every dream I’d ever dreamed remained just that. Those baseball games, deep conversations, those father-son moments were completely gone.

I mourned the loss of the son I’d always wanted. I cried out to God asking him why He would give me a son so counter to my desires. Why would He do this to me?

However, little did I know, He knew better than I.

You see, while I may have lost all of what I had expected fatherhood to be, I was failing to realize the beautiful gift I had just been given. Even though Noah couldn’t care less about throwing me a football, or watching a baseball game, or talking to me (to this day he is unable to talk), our bond as father and son would change into something I never expected.

Instead of throwing a football, we throw rocks in the backyard. Instead of watching baseball, we cuddle and watch his favorite Disney movies. Instead of speaking, we demonstrate our love in the non-verbal ways so many of us so fail to develop in other relationships in life. God took my dreams and gave me new ones.

God took my dreams and gave me new ones. But that’s not even the best part.

The Christian rapper Sho Baraka, who is also the father of autistic sons, wrote a song called “Words” that captured my heart and opened my eyes to the beauty of my son’s autism. This one line in the song really stuck out to me:

Maybe we don’t need words to communicate our love

Maybe I should just learn to shut up

This beautiful reminder that our words are not the sole determinant in how we build relationships with people. Though autism was a hurdle I wasn’t expecting it has taught me to love, not with words, but with interactions, time, empathy, and intentionality. Noah’s autism was actually a gift that let me see that.

Read this: The most important thing you can do for your child

God honored my dream of being a father. And He has in fact fulfilled that dream more completely and fully than I could have ever imagined.

You see, most parents only get to be “parents” until their kids move on into their own adult lives. And while the bond between parent and child will never be broken, the time of teaching and training in all reality ends when those kids start their own lives and own families.

Noah, however, will need care for the remainder of his life. And while I would love God to perform a wonderful miracle and provide Noah the opportunity to live his life independently, I know that that is likely not the case.

I, as Noah’s father, will get to be his dad, teaching him how to learn, grow, socialize, and understand life, for the remainder of my own. Where my influence in his life would likely diminish into his adulthood, I get to continue teaching and loving him as my boy for the rest of my life.

As God would have it – he gave me exactly what I wanted.

And so much more.

This article originally appeared on Faithwire and was republished with permission.

Do you have questions about family? Ask Kirk and Chelsea Cameron in a LIVE Q&A! Don’t miss it!

I am a Christ-follower who lives in Dallas, TX with my wife Emily, son Noah, and daughter Makenna. I am a multimedia editor and producer by profession, but spend a lot of my time promoting autism awareness and racial justice and reconciliation.