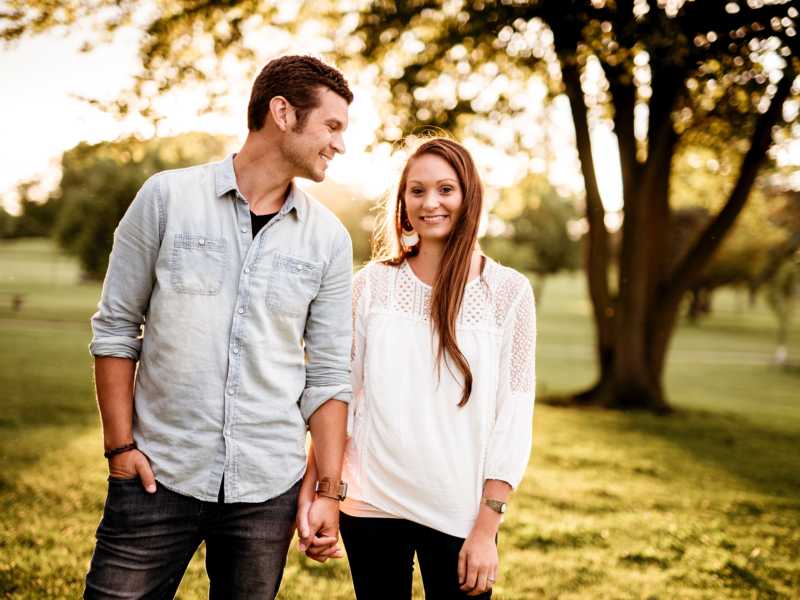 My wife’s parents are marriage pastors a church in the Dallas area. Every month they send out an email with some great tips and information. It also includes a question for some of the more seasoned married couples in their church. This month’s questions really caught my eye: What one piece of advice would you give to newlywed couples?

I thought it would be a fun question to pose to you. But first, I want to show you the answers that appeared in the monthly email. They’re from a couple named Rob and Cinnamon.

Rob and Cinnamon will celebrate their 20th anniversary in August. Rob is a high school history teacher and Cinnamon is the communications director at RockPointe Church in Flower Mound, Texas. They are three-time parents: Robbie recently graduated from high school and will attend Kansas State in the fall; Ruby will be a high school freshman; Tommy would be 16 this August, but SIDS took him home to Jesus when he was 2 months and 10 days old.

Think before you speak.

Girls, I think the single best thing you can do to keep your marriage happy and healthy is to choose your words carefully, especially your words about your spouse, and keep them loving, kind, and uplifting. I know your spouse isn’t perfect — and odds are, he knows it too – but neither are you, and he is the person you chose to spend your life with.

When I was a newlywed I spent time in a group of Christian women in a similar stage. I was SHOCKED at the mockery and criticism they spoke of their husbands. Criticism of their guy’s ability to do household tasks, of their ability with the kids, and all sorts of things actually drove me to leave the group.

Regardless, my time with these women was 15+ years ago. Social media being the ultimate grapevine, I am aware that sadly, 80% of these marriages have ended. Did the woman leave because the man couldn’t load the dishwasher to her liking? Or did he feel unappreciated because of the criticism? Did her criticism of meaningless things lead her heart and her mind down a road their marriage couldn’t weather? Did the negativity ultimately take over and turn them in the wrong direction? I don’t know the answer for certain, but I do know the very few women who didn’t seem to criticize their man for sport are still married, and appear happily so.

My advice to newlyweds? Be gracious. Be kind. Be forgiving.

No matter what it is, big or small, remember that you vowed for better or worse, richer or poorer, in sickness and health and all those other things said at the altar. And all of those will come up in life. Some are the refiner’s fire. Some are a result of our own foolish choices. Some are a result of the foolish choices of those around us. Some are attacks from the enemy. But the challenges and struggles will come along in a marriage, and as you deal with them, remember that you both committed to your life together.

Weather the storm and make it work. As you do, your life will be an example to others – either of how to handle it God’s way or how not to handle it. And people will be watching. So not only for the sake of the one God gave you and for the sake of your marriage, but also for the sake of God’s kingdom, give people an example worth following – both in public and in private. Men, love your wives as Christ loves the church – lovingly and sacrificially. It isn’t always easy (mostly because of us, not them), but it’s worth the diligence. Fun and friendship are the happy by-products!

If you want to receive these types of email, you can sign up here.

So with all that said, I want to pose the same question to you: What one piece of advice would you give to newlywed couples?