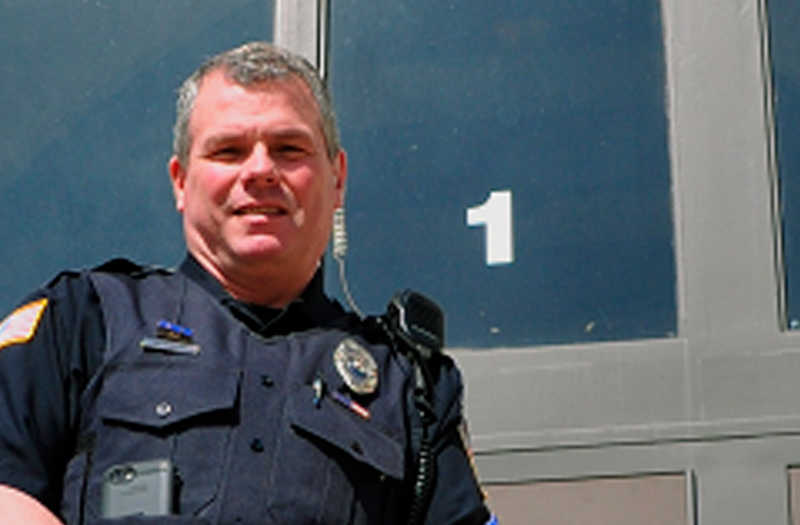 “I could not be more proud of the police officer and the way he responded to the situation. With shots ringing out through the hallways of the school, he charged toward the suspect and confronted him head-on. Because of his heroic action, countless lives were saved.”

This is how Steve Howell Jr., police chief of Dixon, Illinois, described the actions of Mark Dallas, a school resource officer who stopped a shooting yesterday. The suspect, a nineteen-year-old former student named Matthew Milby, opened fire inside Dixon High School. The officer then confronted him near the school gym, where seniors were gathering for a graduation rehearsal.

The gunman ran out of the building after Dallas approached him. When the officer gave chase, the suspect fired several rounds at him. The officer returned fire at the gunman, who suffered non-life-threatening injuries and is now in custody.

Mark Dallas is truly a hero. However, real heroes don’t generally see themselves that way. They say they were just doing their job or doing what anyone would do. The fact that they believe they’re not heroes is one of the reasons they are.

Here’s another example: a truck driver in Oklahoma bought a cheeseburger and left his waitress a $1,000 tip. He returned an hour later to order pie and left her another $1,000 tip.

His explanation: “We talked about the Lord and about her life and her children. I got the impression that she was having a hard time of it, so I thought I’d just help her out a little bit.”

Rats in the cellar

In our culture, fame is often confused with heroism.

Read this: The best way to change your story forever

Heroism happens in the moment. We can train and prepare, but when the challenge comes, we must decide. In that moment, what we do defines who we are.

C. S. Lewis noted: “Courage is not simply one of the virtues, but the form of every virtue at the testing point.” Martin Luther King Jr. agreed: “The ultimate measure of a man is not where he stands in moments of comfort and convenience, but where he stands at times of challenge and controversy.”

Lewis again: “Surely what a man does when he is taken off his guard is the best evidence for what sort of a man he is? Surely what pops out before the man has time to put on a disguise is the truth?

“If there are rats in a cellar you are most likely to see them if you go in very suddenly. But the suddenness does not create the rats: it only prevents them from hiding. In the same way the suddenness of the provocation does not make me an ill-tempered man; it only shows me what an ill-tempered man I am. The rats are always there in the cellar, but if you go in shouting and noisily they will have taken cover before you switch on the light” (Mere Christianity).

How to be a hero

Heroism is doing the right thing at the right moment for the right reason, regardless of the cost. Consider four commitments essential to true heroism.

Heroism finds us–we don’t find it. No true heroes sought to be what they became. They chose in the moment to do what we call heroic.

Scripture commands us to “be filled with the Spirit” (Ephesians 5:18). This means to live in constant submission to the Holy Spirit, asking him to lead us, empower us, and use us.

Start your day by surrendering it to the Spirit. Walk through the day in his presence. He will then use you for heroic purposes when human crisis and divine providence intersect.

Three: Pray for courage to act when you’re afraid.

Edward Vernon Rickenbacker, an American fighter ace in World War I: “Courage is doing what you’re afraid to do. There can be no courage unless you’re scared.” Publilius Syrus, writing in the first century before Christ: “Valor grows by daring, fear by holding back.”

Claim this fact: “God gave us a spirit not of fear but of power and love and self-control” (2 Timothy 1:7). Ask your Father for the power to do what is right, whatever the cost.

Robert Louis Stevenson: “Everyday courage has few witnesses. But yours is no less noble because no drum beats for you and no crowds shout your name.”

Heroic service is often performed in ways few people see. Risking rejection to share your faith; surrendering limited resources with sacrificial trust; following God’s call into an unknown future (Hebrews 11:8)–these are acts of heroism our fallen culture neither sees nor rewards.

But you are surrounded by “a great cloud of witnesses” (Hebrews 12:1 NIV), including your Father in heaven. What you do for his glory is what matters most.

Will you be the one?

If Christians are to stand for Jesus in this broken culture where we are so often in the minority, we must do so with heroic courage. But Andrew Jackson was right: “One man with courage makes a majority.”

That’s because the truism is true: “God and one are a majority.” Will you be the one today?

Now read this: My 33-year-old sister was killed this year, and here’s why I don’t blame God