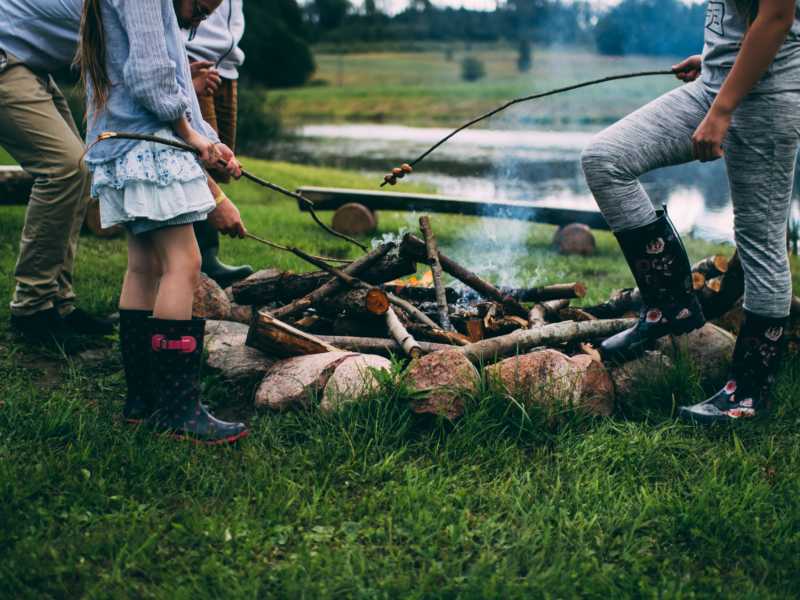 I could pick from a LONG list of examples to crack this idea open because anyone who has done family for more than a day knows that family time gone awry is real and rampant.

Recently, though, my husband and I gathered the kids around the table to spend an evening sans screens.

I had bought a new game with a flashy “award-winning” sticker on the front and visions of all the smiley, Instagram-worthy memories we were going to make together. It’s weird that we now think in photographable terms, isn’t it?

Anyhow, we rounded up our tribe – the 13-year-old, the 10-year-old, the 8 and 6-year-olds – because we were going to spend quality time together. And it was going to be beautiful. In my head.

I unpackaged the game and began reading the directions aloud. A gaggle of kids ages 6-13 absolutely love sitting still and listening to a long list of directions. It’s pretty much their favorite thing never. I should know this by now, but I persisted.

I droned on because this game, this night, was going to be great.

My husband and I reminded the kids to be quiet, encouraged them to pay attention and told the six-year-old to stop trying to put pencils in people’s ears, all while we struggled to understand these new rules, this game’s verbiage, well enough to begin having fun.

I eyed my husband pleadingly. His expression told me he was following my oratory nearly as well as the kids were.

We had reached capacity. It was time to dive in.

We proceeded in fits and starts – constantly referring to the directions to recall what locking rows meant, how penalty boxes worked and remember the scoring rubric.

And then the bickering began. Friendly banter turned to bragging and boasting. Sparks flew between the two oldest kids. One kid still didn’t understand the rules and the 6-year-old, who had no interest in the game whatsoever, continued to think it was hilarious to attempt to stick scoring pencils in his siblings’ ears.

So much for our picture-perfect game night. Family togetherness felt like a joke. I wanted to release everyone to a find a screen in peace and quiet, preferably behind separate bedroom doors.

Maybe you have had family nights like this, too? Nights where you question why you even try; nights when you are certain all the experts who smart about investing in your family never really had one…or at least one like yours.

I’m hoping it’s not just me.

This particular night, we persisted. It’s didn’t turn out all filtered and wonderful. It was shaky and we survived. We corrected children and worked on being kind. And we managed to the have a little fun in the process.

When we finished my husband shot me a knowing half-smile and without words, we agreed. Well, that was interesting.

Later that night, lying in bed, I re-hashed the evening in my mind. Maybe I bought the wrong game? Finding a winner for a mix of ages isn’t easy. Maybe I should have read the directions first, watched a YouTube video so we could have dove in faster?

It is true, there are some adjustments, some tweaks, that could have made our evening together a little smoother. But the more I thought about it, the more I wondered –  what if my biggest error had little to with the game or the setting, or the preparation.

What if my biggest error was my definition of success?

The point of our togetherness is to work out our salvation in fear and trembling, together. (Phil 2:12) The point is for me to show them how to shine Light in dark places and sometimes (oftentimes?) those dark places are in us.

What if our family game night, our times of togetherness, that feel grinding and messy and tiring aren’t the failures we think they are? What if these rugged roads are fertile teaching ground, a forced bumping into one another so we can steward hearts, ask for forgiveness, grow character?

The days are getting shorter and we’re doing family game night more often around here. It’s almost never perfect and there is almost always some sort of scuffle or disagreement involved. But we’re getting better at it.

More importantly, I’m seeing it differently now. We’re not failing, we’re over here working out pride and working on kindness. We’re practicing opportunities to give and forgive.

It may never be what the world deems as photo-worthy, but I’m now fully convinced it’s beautiful.

Katie Westenberg is a wife and mother to four, who is passionate about fighting fear and living brave. Married for 15 years, she lives in Washington state, enjoying life outside the city limits and any adventures that involve friends and family. She writes at IChooseBrave.comencouraging women to fear God and live brave.