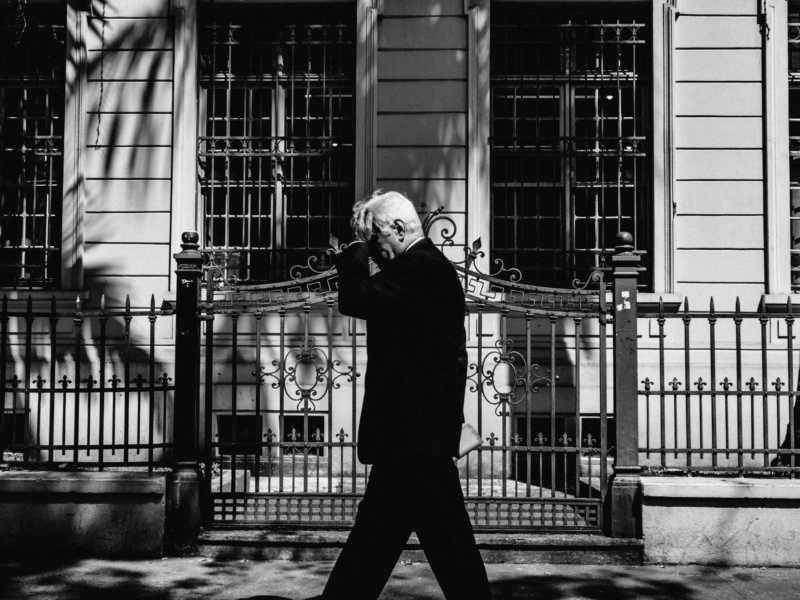 In West Texas, we get our fair share of storms. It may rain buckets for an hour and flood the streets, or drop baseball-sized hail, destroying life and property. Other times the wind kicks up dust, eliminating visibility and running off with roof tiles. Typically, these storms visit us for a brief period—ranging from one hour to twenty-four hours—before rolling along down the plain.

A couple of months ago, we had an anomalous, week-long rain. The first day was predictable: Texas-sized drops poured from the sky, making large ponds on the roads and slowing traffic. The rest of the week consisted of light but persistent rain. As I talked to various people, I sensed that even the most buoyant personalities were sagging beneath the gloom.

The trials we endure behave in much the same way as natural storms and the lives we construct are much like houses. Our “house” often weathers difficulty without damage, but what happens when we are struck by that one big storm? What do we do when the rain won’t quit for days or decades?

When the storm won’t let up, remember some important truths:

God is an enduring foundation.

Intentionally or not, we may acknowledge God as our foundation while placing our confidence in shakier supports. We take for granted the stability of our country, financial security, physical health, our ability to work, or our loved ones, until those things are torn from our grasp. In fact, much of our anxiety stems from fear of losing these earthly blessings. Even as studs, walls, and beams make up a house, they are worthless without a solid foundation. Oddly enough, we worry about losing all the people and securities important to us, but we don’t give much thought to the very critical foundation.

Read this: How to protect your marriage during painful seasons of life

We sing about God being our “all in all” while fearing He won’t be enough.

That is the beauty of a storm—it exposes our fears and helps us to realize that God is enough.

Consider the life of Moses. This man went through plenty of storms, particularly as he led the Israelites through the wilderness. The wilderness period was like an endless rainy season with patchy sunshine. Moses recognized God’s faithfulness, even when Aaron, Miriam, and the Israelites rejected him. As Moses handed leadership over to Joshua, he spoke these words to the people of Israel:

For I proclaim the name of the Lord;

Ascribe greatness to our God!

The Rock! His work is perfect,

For all His ways are just;

A God of faithfulness and without injustice,

Righteous and upright is He.

At the end of all things, Moses had found a treasure far greater than Canaan in the faithful love of God.

Eventually, this too shall pass.

Our children are seasoned road trippers. They understand that asking, “are we there yet” will only cause aggravation. After six or seven hours, however, they are itching to know how much time is left—it’s only natural!

Don’t we feel that same yearning in the midst of our struggles?

Not to sound fatalistic, but our time on earth is limited. At some point, we will all pass from this life and its trials. In this life, we will inevitably have seasons of storminess and seasons of stillness.

About four years ago, on the very day I thought we had finally found a season of peace, my spouse was in a near-fatal situation at work. The ripple effect turned life as we knew it on its ear and two years later we began a totally new career in a completely different state. A dear friend of mine sent me a message saying, “I will pray for you to have a season of refreshing.” While a full season has yet to arrive, the Lord gives days and moments of revival to sustain me. He’s shaping me into something far better than I can imagine.

Your storm may consist of an elderly parent with dementia. Maybe your spouse is suffering from cancer, or your child has Autism, asperger’s or another challenging disability. Those storms can last for decades, but eventually, they too will pass. Seek the sustaining strength of the Lord and pray for that season of refreshing.

God is the best storm shelter.

Yesterday, I sat in the waiting room of our dentist’s office—my stomach tying sailor’s knots over co-pays and x-rays—while my daughter watched some cartoon animals build a “storm shelter” with sticks and leaves. The animators made it look like this thing could withstand gale-force winds and rain because it was supposedly constructed like a bush. Since it wasn’t staked down, I kept waiting for the wind to carry it off. However, in classic cartoon fashion, it was “the perfect shelter.”

We think hefty emergency funds, healthy eating, and even zombie-apocalypse preparedness will protect us from danger. It’s good—indeed, wise—to prepare for emergencies and exercise good stewardship, but our cleverness is not omniscient. We cannot foresee every impending storm any more than we can predict who will be president in 2060.

Make a practice of memorizing scripture to remind you of God’s promises and His enduring faithfulness.

The Hebrew writer said it best:

Keep your life free from love of money, and be content with what you have, for he has said, “I will never leave you nor forsake you.” So we can confidently say, “The Lord is my helper; I will not fear; what can man do to me?” (Hebrews 13:5-6)

When the storm won’t quit, cling to the unchanging hand of the Lord. He shelters and sustains us through both the hard times and the impossible times. Trust His promise to never leave you, nor forsake you.

Now read this: Are you stuck in ‘survival mode’ living?