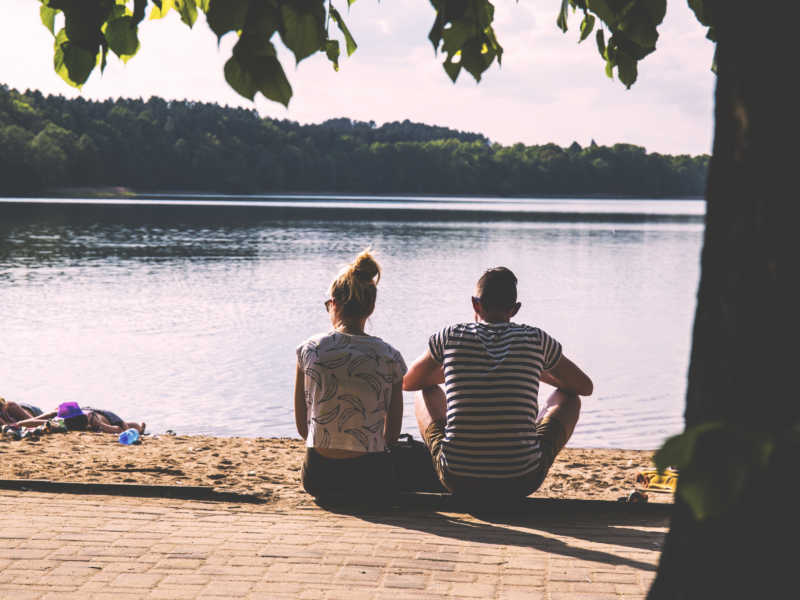 “You’ve said that exact same thing three times already,” my husband Ted responded, frustration in his voice. “I heard you the first time.”

It was clear that he and I faced a case of “when your spouse annoys you” … and, much to my dismay, I was that spouse.

I hadn’t intended to annoy Ted. I’m a verbal processor and I’d merely been verbally processing a difficult situation … over and over again.

That was early in our marriage. Since then, there have been countless more opportunities for Ted to be annoyed with me, and me with him.

It’s likely that your spouse annoys you at times too. Maybe he or she doesn’t run around a hamster wheel with his or her words, but there’s another habit that grates on your nerves.

Perhaps it’s how your spouse chews or loads the dishwasher. Or maybe there’s laundry strewn in places you wish it weren’t. It’s possible that these annoying habits have to do with the way your spouse drives or makes decisions.

Whatever it is that annoys you, it’s easy to make these things bigger issues in our marriages than they really are, isn’t it?

The good news is, there are tools we can employ to help ourselves feel less annoyed with our spouse and exercise more grace. Here are a few Ted and I have found useful.

1. When your spouse annoys you … Pick your battles.

Sometimes many of us approach marriage as if Sun Tzu’s The Art of War is our handbook. We heed the advice to pick our battles wisely … but only because when we fight, we fight to win.

Yet in marriage, the point of carefully choosing your battles shouldn’t be so you can triumph. Wining isn’t the point.

Instead, the goal is to guarantee – as much as possible – that the battles you do pick ultimately result in a stronger, more united relationship.

How does this apply to when your spouse annoys you?

As I talk about in my book Team Us, I’ve come to realize that not all of Ted’s annoying habits are necessarily sinful. He understands the same about me. So, before we address annoying behavior, we first stop and categorize it.

Sin means to “miss the mark.” So I may ask myself:

If it’s a matter of irritation, not destructiveness, then maybe it’s me —not Ted — who needs to change.

Sometimes those behaviors a spouse annoys us with aren’t a wise battle to pick. Often when we wage war over them, it doesn’t improve our marriage. It merely feeds our need to have things a certain way. Instead, we can apply the wisdom of Proverbs 19:11 which says, “Good sense makes one slow to anger, and it is his glory to overlook an offense.”

2. When your spouse annoys you… Have a realistic view of yourself.

Think about the habits with which your spouse annoys you. Now, make a mental list of your own habits … the ones that annoy your spouse.

Which are worse? Your spouse’s habits or yours?

It probably depends on who I ask … you or your spouse.

You see, sometimes our own irritating habits don’t seem as bad to us as our spouse’s annoying tendencies. As a result, we’re inclined to give ourselves a break, but not so quick to extend the same grace and understanding to our spouse.

In short: We nit-pick over our spouse’s annoying habits and excuse our own.

There’s a problem with this, though. When we do this, we hold our spouse to a higher and harder-to-meet standard than we hold ourselves. This can result in resentment.

What would happen, though, if you and I extended the same grace and understanding to our spouse as we do to ourselves? (And, just to be clear, I’m referring to those habits that simply grate on us, not that are potentially destructive to our marriage.) We’d have a happier, more light-hearted relationship.

When we put our own behavior into perspective, it gives us more patience when it comes to those areas where our spouse annoys us.

3. When your spouse annoys you … Introduce some both/and.

Once married, it didn’t take Ted and me long to discover that each of us had a very different idea of the relationship between feet and sheets.

Ted’s feet ran hot. They still do. Because of this, he prefers to uncover his feet at night. Before he climbs into bed, he walks to the end of the mattress and neatly folds the covers up.

My feet, though, run cold. Not only do I prefer to keep them covered up at night, but I like to snuggly pull the sheets and blankets up under my feet.

Have I ever found Ted’s sheet methods annoying? You bet. Surprisingly, though, we haven’t had one single fight about it in our marriage. All because we’ve chosen to compromise.

We realized early on that it doesn’t need to be either feet uncovered or feet cocoon-style.  Rather, we can both have our individual preferences. Ted can uncover his feet and I can cover mine. It required some patience as we worked out the “logistics,”, but it wasn’t long before we had a system that worked for both of us.

And do you know what we found?

When it comes to those not harmful, not-really-that-important-in-the-scheme-of-things matters of life, every marriage can use some both/and.

The both/ands are those places where you meet in the middle. Where you strike a balance and decide it doesn’t have to be either your way or your spouse’s way. It’s where you decide not to be annoyed and instead to work together.

If your spouse annoys you, I encourage you to give these three things a try. When you do, I think you’ll find your marriage relationship a little bit stronger and happier because of it.

I know Ted and I do.

All these years later, I still verbally process issues and situations … over and over again. Does Ted still find it annoying?

But rather than allowing it to irritate him, he extends me grace, listens, and patiently reminds himself that I am still processing.

Now read this: Why community is so important for every marriage.