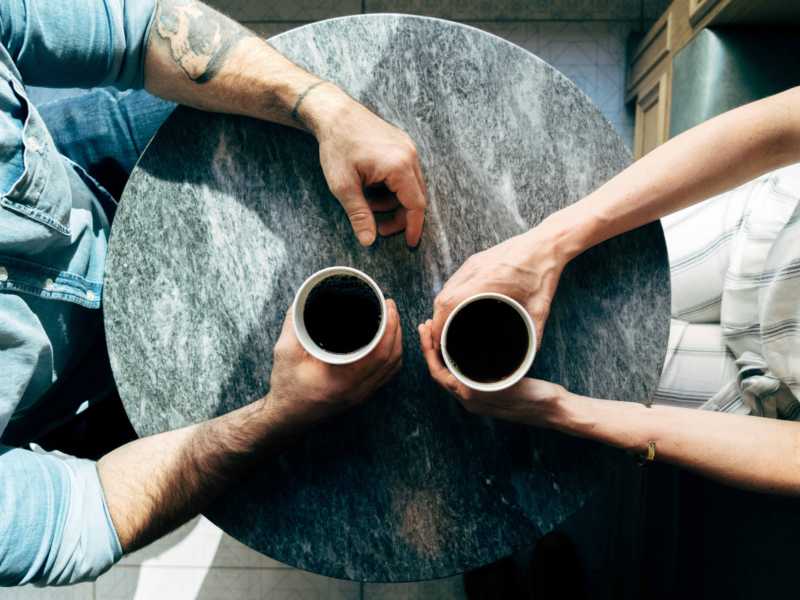 Just as our muscles are strengthened when stretched and torn, so our ideas and beliefs are bolstered and expanded when they are challenged, when we risk being offended.

As Christians, we should not only be OK with offense; we should embrace it. The gospel itself is innately offensive. The most affronting idea any human being will ever encounter is that he or she is not, in fact, the author of his or her own destiny — that a God grander and mightier than any of us has set into motion a world ultimately bent toward his interests and glory.

In the midst of this Lenten season, my church has been going through the Old Testament book of Job. It’s a text I find endlessly challenging, perhaps even at times offensive. It offends my conjured up impressions of God, my sometimes inaccurate humanization of the Creator. But it’s a book I nevertheless find immensely worthy of study. In other words: I think it’s worth risking being offended.

Job’s own experiences highlight the value of offense. Seen as “blameless” and a “man of complete integrity,” Satan was convinced he could coax the wealthy businessman into betraying God if his luxurious and prosperous life was upended.

Certain he’d stay true to his faith, God allowed Satan to essentially destroy Job’s life, so long as he didn’t take his life. You can understand why I find the biblical account to be such a challenging read.

Job was stalwart. Even in his anger and confusion as to why the Lord would allow such destruction in his life, Job remained faithful to God. In the worst of his oppression — his material success wiped away, his children died, and his body riddled with illness — he stood by God.

It should be noted, Job was unaware of the conversations between God and Satan, meaning he likely thought it was the Lord who was directly afflicting him — but he trusted anyway. In his anguish, he declared, “I know that my Redeemer lives, and he will stand upon the earth at last,” a foreshadowing of Jesus.

The connection here is this: because Job was willing to wrestle, because he was ultimately open to the idea that God’s true nature might be an affront to his sensibilities and finite understandings, the Lord blessed him.

We can learn from Job. His posture of humility — the only way we can truly step into potentially offensive and uncomfortable situations — led to his ultimate restoration.

At the end of his harrowing journey, Job told God, “I know that you can do anything, and no one can stop you. You asked, ‘Who is this that questions my wisdom with such ignorance?’ It is I — and I was talking about things I knew nothing about, things far too wonderful for me.”

“I had only heard about you before, but now I have seen you with my own eyes,” he continued. “I take back everything I said, and I sit in dust and ashes to show my repentance.”

The Lord finally restored Job’s health, granted him twice as much property as he had before, blessed him with new children, and honored him with an incredibly long life. Job stepped into offensive territory — and it made him better.

It’s only when we are willing to be offended that we truly realize our actual potential, the intimate role the Creator of the universe wants us to play in His wondrous redemption story.

My challenge to you — and to myself, for that matter — is to set aside the fear of being offended. We live in a hypersensitive society in which offense is a sin to be condemned. But I believe it is an opportunity to be embraced.

Step into difficult situations, no matter what you believe, because chances are, you’ll be better for it. Job was.

Do you want to have conversations about faith that will challenge and strengthen you? Sign up for The Campfire with Kirk Cameron today.