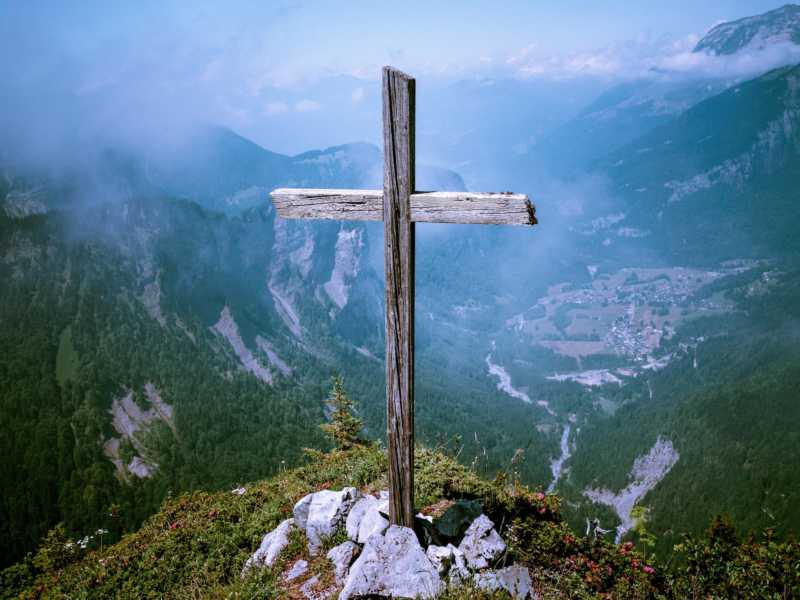 During a period in church history from A.D. 100 to 314, literally thousands and thousands of courageous Christian men, women and even children sealed their fate with their blood.

Secular historians agree that there were 10 great persecutions against the church, 10 major attempts to wipe out Christianity, starting with the wicked Caesar Nero and ending with Diocletian. Believers were fed alive to wild animals. They were taken to Roman arenas for sport. They were torn apart. They were tortured. They were burned at the stake.

Diocletian thought he was so successful in obliterating Christianity from the face of the earth that he actually had a special medal struck, which was inscribed with these words: “The Christian religion is destroyed and the worship of the [Roman] gods restored.” Needless to say, Diocletian was wrong. Instead of becoming weaker during this time of persecution, the church actually grew stronger. Instead of being destroyed, it became a lean, mean preaching machine. Persecution can have that effect.

In a way, persecution will separate the genuine from the fake. If you are a true follower of Jesus, you won’t back down if a little persecution comes your way. And if God allows it in your life, he will give you the strength to face it.

History tells us of a great hero of the Christian faith, Polycarp, who was the pastor of the church in Smyrna. He was martyred on Saturday, Feb. 23, A.D. 155. The public games were taking place, and the city was overrun with people. The crowds were whipped into a frenzy, and someone cried out, “Let Polycarp be searched for!”

Knowing this, Polycarp could have easily escaped, but he had a dream the night before in which he saw the pillow under his head on fire. When they came and arrested him, he asked for the privilege of having a final hour to spend with the Lord in prayer.

Read this: You were made for this darkness

When Polycarp entered the Roman arena, God spoke to his heart and said, “Be strong, Polycarp, and play the man.” The Roman proconsul gave him a choice: either curse the name of Christ and make a sacrifice to Caesar or die.

Polycarp said, “For eighty and six years have I been his servant, and he has done me no wrong, and how can I blaspheme my King who has saved me?”

The proconsul threatened him with being burned at the stake, and Polycarp replied, “You threaten with the fire which burns for a time and is quickly quenched, for you do not know the fire which awaits the wicked in the judgment to come and in everlasting punishment. But why are you waiting? Come, do what you will.”
The crowds went crazy, pouring in with firewood and kindling. They wanted to nail Polycarp to the stake because they were afraid he would flee.

Polycarp said, “Let me alone as I am: for He who has given me the strength to endure the fire will also enable me, without your securing me by nails, to stand without moving in the pile.” There Polycarp stood as they set the wood around him on fire. Amazingly, the fire did not harm him. It came right up to him and would not burn him. He sang praises to God. Finally, they couldn’t take it anymore, and they thrust him through with spears.

You may think, “I could never do anything like that.” But Jesus promised that if you are delivered up to be persecuted, he will give you the words to say under such circumstances ( see Matthew 10:18–20). He will give you the courage to make your stand.

Understand, if you are living a godly life, then you will be persecuted in some way, shape, or form. Jesus said, “‘A servant is not greater than his master.’ If they persecuted Me, they will also persecute you” (John 15:20 NKJV).

If you are a true believer, you will face persecution in some fashion. The word persecute means “to be chased down, driven away, and pursued.” The good thing about it is that persecution can help you grow strong spiritually.

I read a story about cod fish that were being shipped from the East Coast to the West Coast. The problem was that the fish arrived spoiled. The fish were frozen and sent off, but were still mushy to the taste. They tried sending the fish alive, but they arrived dead. Then they sent them alive with one change. In the tank with the live cod, they included their mortal enemy, the catfish. By the time the cod arrived, they were alive and well, having run from the catfish the entire journey. The people who ate it said it was the best cod they had ever tasted.

I do believe that persecution will intensify as we get closer to the Lord’s return. I have found that people who say they are so liberal and open-minded seem to be very much closed to the idea of the Gospel. In this day and age, it seems as though people can believe anything but the Gospel. Everything is fine except the Gospel. Why? Because it really bothers people when you say that Jesus Christ is the only way to the Father.

If you are a Bible-believing Christian, you can say no less. Jesus himself said that he was the way, the truth, and the life. If we really believe it and really proclaim it, then we will face persecution.