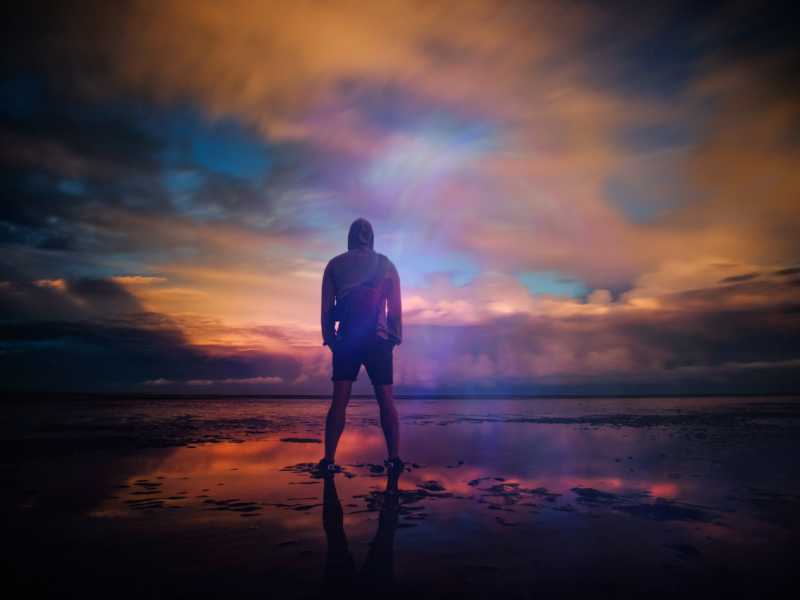 I thought it was a weird sign for an airport.

I looked up at a giant billboard which read, “You are smarter and stronger than you think.”

I found it odd that the airport was trying to boost my self-esteem. Although there’s nothing really wrong with this positive message, I thought a better slogan to broadcast for an airport might be “Adventure Ahead” or “Your safety is our top priority.”

I pondered that sign. For some reason, it bugged me.

You are smarter and stronger than you think.

Then I realized why I was bothered. When we believe we are the ones who are ultimately smart and strong, where is the need for God? The truth is, we aren’t as smart and strong as we think. Constantly propping up the ego leads to pride. On the contrary, we are in desperate need of God. He is the one who is smarter and stronger than we think.

Read this: When you don’t receive the recognition you deserve

Instead of boasting about our intelligence or strength, we should brag on God’s. The Apostle Paul leads the way as we read in today’s key verse, “If I must boast, I will boast of the things that show my weakness” (2 Corinthians 11:30). That runs counter to the world’s way of doing things.

Now if anyone could boast in smarts or strength, it was Paul. He had quite a pedigree to brag about.

Philippians 3:5-6 tells us Paul was, “circumcised the eighth day, of the stock of Israel, of the tribe of Benjamin, a Hebrew of the Hebrews; concerning the law, a Pharisee; concerning zeal, persecuting the church; concerning the righteousness which is in the law, blameless” (NKJV). In other words, Paul was more educated and experienced than almost anybody of his day. He was as perfect as a religious man could be, keeping the law to the utmost. Yet he describes all this self-importance as trash, compared to knowing Christ by faith. His personal assets were viewed as liabilities so that he could fully embrace the righteousness of Christ.

Here’s where you and I can breathe a sigh of relief. We don’t have to prove our worth through our accomplishments or strengths. Actually, when we try to look good and exalt ourselves, we push others (and God) away. Pride is unbecoming. It’s humility that allows us to connect beautifully with others. We can admit our weaknesses and point to God’s strength, which truly sustains.

I relate to Gideon who wonders why he of all people was chosen to be used by God. When the Angel of the Lord speaks to him in Judges 6:15, the conversation goes like this: “Pardon me, my lord,’ Gideon replied, ‘but how can I save Israel? My clan is the weakest in Manasseh, and I am the least in my family.’” (NIV) He was essentially saying, “You’ve got the wrong guy!” My guess is he wasn’t wearing an Old Testament T-shirt that read, “I am smarter and stronger than I think.” It was in Gideon’s weakness — not his strength or pride — that God was glorified.

We are surrounded by positive self-esteem messages such as “I can do anything” and “Girl Boss.” It all looks good at first glance. Yet when I rely on myself and my own smarts, I come up short every time, since I have limited resources and abilities. But when I rely on God, the possibilities are truly endless. Because it is God who’s smarter and stronger, God who can do anything, and God who is the boss.

Lord Jesus, You are my strength and my defense. I humble myself before You, and I declare in my weakness, You are strong. There is no other like You. Thank You for clothing me in Your power and righteousness. I am enough because of You. In Jesus’ Name, Amen.

Now read this: If you feel abandoned by God

This post originally appeared on Proverbs 31 and was republished with permission.