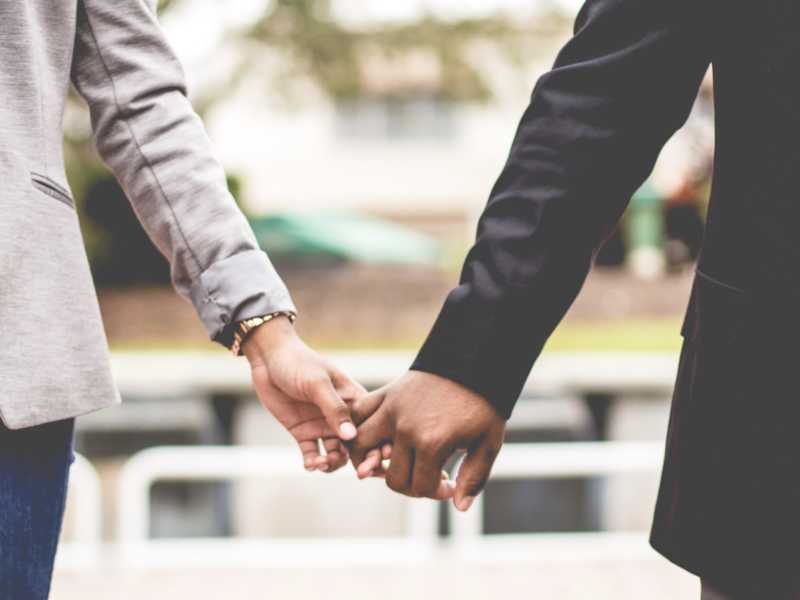 A common scene that’s been replaying in our household lately has been a hard lesson to learn for my son.

My daughter will reach someplace first, and my son isn’t happy that he’s been “beat” and taken second place. Sometimes he’ll cry that he’s lost or pout with his arms crossed. Poor thing has gotten a double dose of competitiveness, as both parents are fiercely competitive.

If she smiles or laughs or teases him, he’ll yell, “Hey! She’s laughing at me.” If he’s really angry, he’ll cross the line and bump his bike into hers or maybe even hit her. He’s almost five and she’s almost six, so this type of scene is understandable given their maturity level, but nonetheless totally unacceptable and requires “making things right” through apology and reprimand.

At the glimpse of the habit of “so-and-so did this first so I did this” justification, we sat him down to explain that he is first and foremost responsible for himself.

Are you raising a family? Learn biblical truths about marriage and parenting in our online video course!

He has so many options to flee from sin in these situations. He can start by telling her that he doesn’t like what she’s doing, and then asking would she please stop. If she doesn’t respond well, he can call us for help. Or if we’re not around for some reason, he can walk away.

But nothing justifies him hitting her. He is just as responsible for how he responds to her, as she is responsible for what she does in the first place. Sadly, we don’t always act like this in marriage, though we’re more than twenty years older than our children.

Sadly, we don’t always act like this in marriage, though we’re more than twenty years older than our children.

One particular evening we were trying to quickly get out of the house to head to the beach for the weekend. My husband said a joke and made a face I found mean and totally inappropriate in a moment of stress. I snapped at him.

I don’t remember the joke now but I remember feeling justified in how I responded, and my anger stirred when he didn’t respond with an apology. We were so self-focused in that moment, and we both blamed one another for how miserable the four-hour drive to the beach was that evening.

Really, we were both at fault, and I was not justified in responding how I did. If both of us had just taken responsibility for our actions, the situation would have played out much differently.

We try our best to set up ourselves to take responsibility for what we do, including using “I” sentences in conflict conversations and asking questions to seek understanding.

So many conflicts in marriage are boiled down to misunderstandings. Spouses can avoid these by asking clarifying questions with summaries.

Are you ready to fight for your marriage? Start by signing up for our online marriage and family course taught by Kirk and Chelsea Cameron!

“So what you’ve just told me is that you felt like I didn’t appreciate your hard work when I was joking around, is that correct?”

Along with taking responsibility for conflict, another area we have learned to guard is our accountability time.

In our times of accountability with our accountability partners, we’ve made an agreement that we will not spouse bash. When we talk about our own sin, it’s not necessarily important to talk about the sins of the other spouse. There are situations where it’s necessary to explain for context, but on the whole, we avoid discussing the heart or the actions of the spouse.

When we counsel our accountability partners, we do affirm that there has been sin as far as we can see, as not doing so is harsh. But, we never leave it there. We always point them to their responsibility in the gospel.

“I’m sorry that he broke his promise. God calls us to stay true to our word,” I told one friend. “But, how you respond is just as important, dear friend. I pray you will forgive as God forgave you, when you were a God hater. I also pray he will give you strength to love others who don’t deserve love, and that he will comfort you.”

Setting spouse bashing off limits helps the partners to see what sin is really lurking in the heart. Gossip, slander, and bitterness are often the products of spouse bashing and most of the time this type of practice does not help produce hope in the gospel for marriage.  More often than not, it produces despair, which totally defeats the purpose of accountability time in the first place.

Once we realize we’ve been pacing blame toward our spouse, we do apologize and seek to restore our relationship. Though some issues may take time to heal and solve, owning up to our responsibilities in matters always helps to add balm to flaring conflicts.

Now read this: How I almost ruined my marriage

Originally from the South but now in China, Vanessa Jencks has experienced homelessness, poverty, sexual abuse, racism, miscarriage, and other hardships. She seeks to help other women lay aside all other weights and pursue Christ in everything that matters in this momentary life. Meet her at VanessaJencks.com.