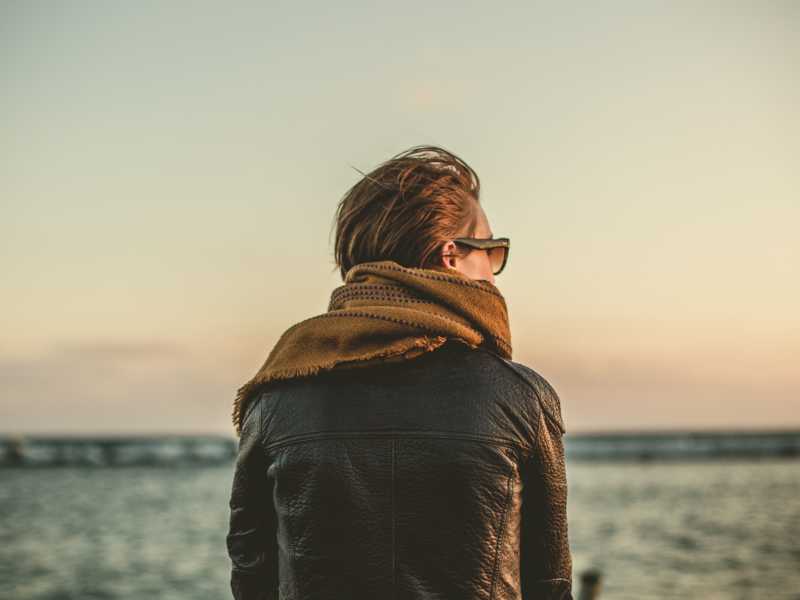 I sat there staring at the plethora of plumbing parts in front of me and felt overwhelmed. The A/C repair man had told me a few hours earlier that the reason my unit was overflowing with water was because of some shoddy plumbing that was backing up my condensation drain line. We were days away from a full on catastrophe. But he told me how to fix it, and since I like to think of myself as handy, I decided to take on the project myself.

That led me to staring longingly at way too many pvc pipes and playing some sort of adult version of legos, piecing together old and new parts in the middle of the aisle.

That’s when Craig showed up.

Craig was a younger guy, probably in his early 20s. He had shaggy hair and a scraggly beard. He was a sales associate, and when he saw me struggling he came over.

“Can I help you with anything?” He actually seemed to mean it.

“Yeah, I’m trying to fit this into that, but I think I need a connector thing,” I responded with as much detail as I could muster.

“Hmmmm, OK,” he said, unfazed. He proceeded to try and help me come up with some strange, Frankenstein-like device to make my contraption work. That’s when I had a brilliant idea.

“Wait, what if I just stuck this on here, and then used one of those clamp thingys and cinched it down real tight right there?” I asked while gesturing, because that’s what you do in the middle of the plumbing aisle at Lowe’s.

He finally cracked, giving me a perplexed look. It made sense in my head at least.

Then I heard a voice: “So what you’re saying is you just want to put the 5/8 hose on the branch and then clamp it down with a hose clamp?”

“Yeah, I think so,” I said, without any conviction.

As I responded, Craig backed away to keep looking for a part in a nearby aisle. That’s when the older gentleman let it fly.

“Man, kids these days. They don’t know anything,” he lamented, gesturing towards Craig with his eyes, annoyed that Craig didn’t immediately figure out what I meant. “What you’re describing is good ol’ DIY ingenuity, and it will work. But these young people don’t know anything about that. They have no critical thinking.”

And that’s when I blew it. In an attempt to feel better about myself, I quickly agreed.

“Yeah, definitely. Sad, right?” But since Craig was still trying to help me with my original idea I waited. “I guess I’ll make him work for his paycheck.” Me and the man chuckled.

Craig eventually returned and I told him I think I had it figured out. But as I walked away, I noticed something: The other aisle where Craig was looking for parts was clearly visible from where me and the man were standing. And not only was there a clear line of site, there was a clear audible path. Craig heard everything.

My stomach dropped. Craig had been nothing but kind to me, nothing but helpful, and I threw him under the bus because I wanted a quick fix of feel-good. Craig was a means to an end. He was in the right place, at the right time, but with the wrong person. He deserved better.

Read: When God’s will doesn’t go your way

As I drove away from the store, I started thinking about how often I make people means to an end. I thought of the times I use people for my enjoyment or pleasure. And I remembered a plaque that my wife recently bought and put up at our house. It’s a verse:

Christ has called us to love. The best example I can be of Him is how I live my life on a daily basis; how I treat people at the hardware store. But so often I don’t display that love.

And that brought me to my ultimate conclusion: I need to disagree with people more.

See, I’m a people-pleaser. It’s always been one of my weak points. There can be a good aspect of that trait, like when you put other people’s concerns above yourself. But the ugly part of it is when you’re willing to make someone else feel good at the expense of another. When you’re willing to tear someone else down because you’re afraid to stand up to the person in front of you. But that’s what I need to be better at.

In this political and cultural climate, many of us could benefit from being more agreeable and be slow to tell someone why they’re wrong and go to battle. But sometimes, especially when it comes to loving and respecting a person that may not be directly in front of you, the best thing you can do is disagree — to stand up for what’s right. That should have been me.

Sorry, Craig. I wish I would have realized that sooner.