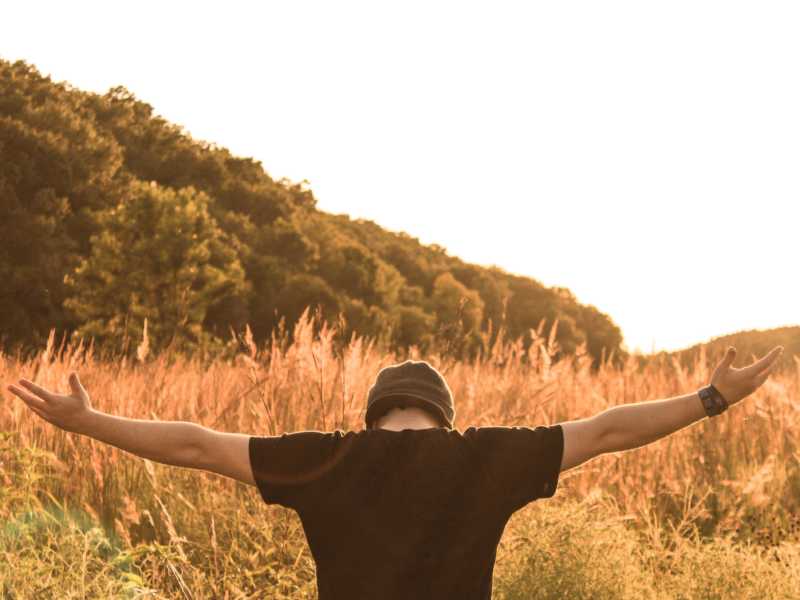 We had just finished dinner. Scattered around the dimly lit room were paper plates, remnants of the fish tacos that had just been consumed in the minutes leading up to what would come next.

As conversation slowed to a hum before tapering off completely, our small group leader queued up the TV and we all turned toward the glowing screen in the corner of the eclectically decorated living room, from which a video of pastor and author Zach Zehnder was broadcast.

In the short clip from his “Red Letter Challenge” study, Zehnder meandered around an empty Tarmac and soon boarded a small airplane. He spoke about forgiveness and its importance.

His words soon gave way to a vulnerable conversation amongst the 10 of us gathered in the cozy downtown home, in a room anchored by lived-in furniture and a smattering of dining room chairs.

We first talked about why it’s so important for us to forgive those who sin against us. We were all in agreement: forgiveness is a process. It’s a tricky balance between pardoning others for the pain they caused while not excusing or dismissing what it was that sparked our hurt in the first place.

Perhaps more difficult, though, is the act of forgiving yourself. As soft music punctuated the silence, we all thought for a moment.

I soon chimed in — it was my first time speaking that night. I had only seconds before realized my own struggle with forgiving myself: it’s not necessarily been because it’s so hard to absolve my own wrongdoing. Instead, it has been because my own unforgiveness can be so hard to detect.

We might see the symptoms — shame, loneliness, guilt, anger, sadness — but we don’t always know the illness that caused them. More often than not, at the root of our symptoms is a lack of self-forgiveness.

Human beings are hardwired for if-then scenarios. We are action-oriented and eager to see the results of our own pull-yourself-up-by-your-bootstraps determination.

God’s forgiveness is contrary to our nature.

It’s perfect for the past, present, and future. It’s retroactive, active, and proactive. We don’t earn it or take five easy steps to secure it. For the Christian, we already exist in it. We cannot escape or even step outside God’s perfect forgiveness.

We are called to live a forgiven life. We must forgive ourselves not to earn or activate God’s forgiveness, but to find rest in his grace.

Self-forgiveness is important because it’s only in that space we can truly accept God’s promises to us in Scripture. The Apostle Paul wrote in Romans 8 that he’s convinced “nothing can ever separate us from God’s love.”

“Neither death nor life, neither angels nor demons, neither fears for today nor worries for tomorrow — not even the powers of hell can separate us from God’s love,” he wrote.

That declaration bounced around in my mind as the conversation started to dwindle and our prayer time approached. In the remaining moments of our conversation we found joy in the example God set, in the forgiveness he extends to us.

The psalmist wrote, “As far as the east is from the west, so far has [God] removed our transgressions from us.”

As Christians, we are called to enjoy and rejoice in God’s forgiveness. To do that, we have to be willing to forgive ourselves.

Our discussion in the living room soon came to an end and we broke into separate groups for prayer time. About 15 minutes later, we came back together for cake, ice cream, and cookies. The music was still playing softly in the background.

I gained a new appreciation for forgiveness that day.

Do you want to join an online faith-based community? Sign up for Kirk Cameron’s The Campfire.