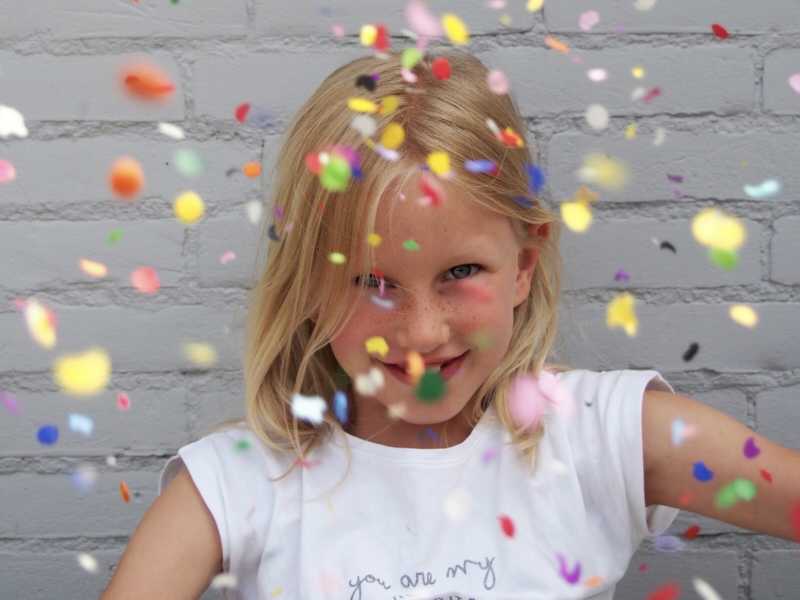 I wasn’t there. So I’m not really sure how old the boy was that pivotal day so many years ago.

He was old enough to have passed that seventh-grade year when his parents separated and then divorced. The year first spent at a difficult new school in a new town.

Old enough to have marked the time when his mom and dad both remarried. Marriages that, little did he know then, would go on to grow over thirty anniversaries.

Are you raising children? Sign up for this online video course taught by Kirk and Chelsea Cameron!

And old enough to know well the torment of middle school bullies. The ones whose taunts elicited silent tears later shed at his school desk, his face hidden in the shelter of folded arms.

While I may not know what birthday this hurting boy celebrated last, what I do know is that on this particular day a proclamation of sorts was spoken over him. Life-giving words were carefully uttered in a small kitchen in a small town in Michigan that changed the course of his life.

“Ted, if anyone ever asks you to describe yourself,” his stepmom Alice remarked, “tell them you’re a happy person.”

Those words were taken to heart that day. Rather than let the pain of divorce and change and school bullies bitter him, this boy found himself thinking, “I am a happy person. That’s me.”

Decades later, I can attest that he is.

This once-towhead little boy now grown big is my husband. And I realize that I owe Alice an overdue thank you. For her self-fulfilling prophecy of sorts has affected me too.

The long-term effect of life-giving words

Ted’s upbeat, positive personality makes our marriage better. He brings a lightheartedness to our relationship that’s helped ease the hard times. That’s kept me laughing when a smile’s difficult to come by. He’s been the optimist to my often pessimist.

And while I think that some of Ted’s contented self was hardwired into his God-given DNA, I believe that Alice’s words came at a pivotal moment in his life. At a time when cynicism and defeatism could have easily taken root. She didn’t limit what she professed to the obvious: to a muddled boy that perhaps felt beaten down by circumstance. Instead, she gazed ahead to what Ted could be and took the time to verbally spur him toward that.

Now, with our own small ones, Ted continues what Alice started. He speaks those same blessed words over one of our daughters.

This girl of ours struggles with a melancholy personality. Some days she’s a glass is completely empty sort of child. Other days, it’s half-empty. And while at times I’ve shaken my head and asked her, “Are you ever happy?” Ted follows in Alice’s footsteps, speaking over her, “You are a happy girl.”

He inspires me to do the same. This once-towhead little boy now grown big gently reminds me, as Lisa-Jo Baker writes in her book Surprised by Motherhood, that “children are born of the Spirit as much as of their parents’ DNA, and perhaps that’s where we should focus.”

Be a speaker of life-giving words.

With our words, we can squelch life, tear down, deflate, demean, and bring a kind of death that doesn’t kill the bod but disfigures the soul.

Or we can choose to speak life.

Words spoke creation into existence. Everything from nothing. And then that living Word – through whom all things were made – became tangible and showed us that words don’t return empty. He demonstrated through His love for fishermen and a tax collector and an adulterous woman and little children who longed to come to Him, that a word aptly spoken is life-giving.

And perhaps, just like it did for Ted, this profession will take root in our little girl. One day, these gentle words her papa has lovingly spoken over her again and again may be ones she speaks to herself, as she determines, “I am a happy girl,” rather than letting the disappointments and challenges of life bitter her.

On that day – the day I pray this papa’s proclamation shows itself to be a self-fulfilling prophecy of its own – those words spoken over Ted thirty years ago will prove their fitness by touching yet another life.

And who knows? Maybe these words, professed so many years ago by Alice Mae Slater to her stepson, will splash beyond our little family, and perhaps even touch you.

Looking for help and advice in raising your kids? We launched an online course dedicated to just that. Check it out!

This post originally appeared on Ashleigh Slater’s blog and was republished with permission.