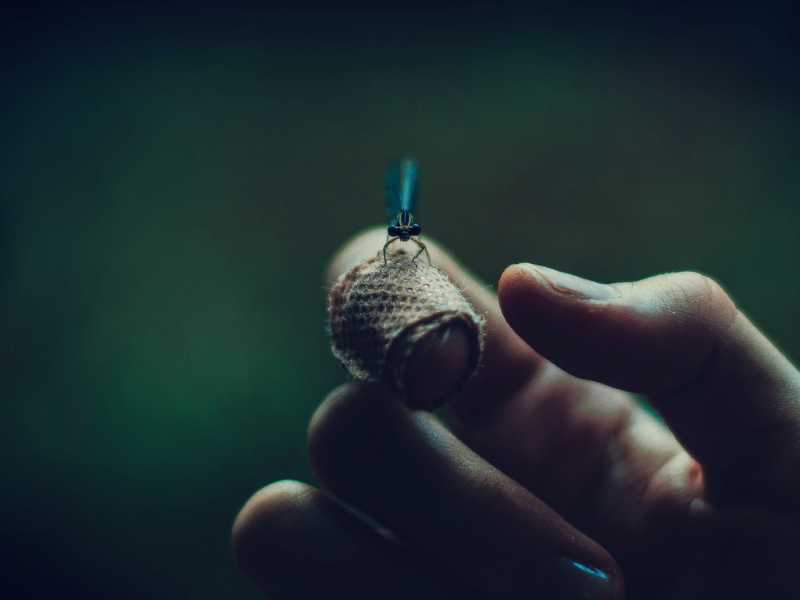 Upon arriving, he guided us toward a booth in the mall that had the word “Ticketmaster” plastered in purple italic lettering above the walk-up window. Dad walked up to the window and, much to our surprise, purchased tickets for all of us to attend a New York Giants versus Philadelphia Eagles game at Veteran’s Stadium in the fall.

It’s a moment I’ll always remember: The excitement I felt holding that green and black Eagles ticket. The anticipation I had for the game. The pride I had for my father—that he would do this for us, for me. I began counting down the days…

It was a chilly, October day in 1984 when we made the four-hour drive from our home in Ravena, New York, to Philadelphia—my dad in the driver’s seat, my stepmom, Patty, in the passenger’s seat, and my brothers and me in the backseat. I remember pulling into the gigantic parking lot at the Vet, seeing the stadium in the distance, and being mesmerized by the atmosphere—the sea of green and blue in the parking lot as fans from both sides tailgated and prepared to watch their teams battle it out on the gridiron.

Dad parked the car, popped the trunk, and removed his cooler. He reached in, pulled out a Budweiser, cracked it open—pssssst—and began to drink.

A couple of hours later, it was time to go into the stadium. The entire day is still extremely vivid to me. The sights. The smells. That’s because, by the time we sat down in our seats, my father, Joe Romano, was drunk. When some people drink, they become goofy or joyfully outgoing. My dad became the opposite. He would go from quiet and reserved to hostile and antagonistic, from kind and jovial to irate and tormenting, from selfless to selfish, and from loving to downright mean.

And that day at the game, my dad, a diehard Giants fan, kept getting into verbal fights and spats with the Eagles fans sitting around us—yelling, cursing, antagonizing, and treating total strangers horribly. I remember thinking to myself, So this is what it’s like to go to a game, huh?

Unfortunately, things got even worse that day. After the game, Dad insisted that he was sober enough to drive us home. And all I remember from the next four hours on the road is lots of uncontrolled swerving and unreserved screaming.

Read: The difference between apologizing and asking for forgiveness

“Joe, what’re you doing?!” my stepmom kept yelling from the passenger seat.

“Stop it, Dad! Stop it!” my brothers and I kept screaming from the back.

That was the first time in my youth that I felt legitimately frightened and upset under the care of my dad—someone who was supposed to help us to feel safe and secure and loved.

I tell you that story so that I can explain this.

In their book “The Cry of the Soul,” authors Dan Allender and Tremper Longman explain the importance of our emotions: “Ignoring our emotions is turning our back on reality. Listening to our emotions ushers us into reality. And reality is where we meet God….Emotions are the language of the soul. They are the cry that gives the heart a voice.”

Though I had little idea what all of this meant, say, when I was a terrified child watching Dad swerve all over the road because he was drunk, this “emotional awareness” became one of the most important journeys in my life. The emotions that always welled up within me, as they related to the abuse stemming from Dad’s alcoholism, pulled me deeper into two realities:

The challenge is that emotions are typically downplayed as misleading and unimportant in our culture. In our society, men and women are both told—directly or subliminally—to hide their emotions. Expressing sadness is often viewed as a weakness. And so we naturally create facades to hide what we do not want others to see.

Even when I became a Christian in the early 2000s, internal troubles like depression, sadness, or anxiety were sometimes viewed as things that stemmed from a problem with a person’s relationship with God.

As a result, many people down played what they felt. This led to avoidance, detachment, and suppression. However, in moving toward forgiveness, it’s vital to allow ourselves to feel our emotions.

If we bury our emotions, it’s easier to live in an unnatural reality. And for a long time, this is what I did. Learning how to listen to my emotions was a struggle for me.

Though my emotions are not always reality, I have learned that my emotions can point me toward reality. Especially reoccurring emotions. Our emotions can be an enter sign for the internal work that we have to do or an exit sign for a situation that we need to get out of. I believe that mending a broken relationship, like the one with my alcoholic father, can only occur with an awareness and acknowledgment of the internal chaos and havoc—our emotions.

So I implore you to listen to your emotions without being an emotional wreck. C.S. Lewis once said that, “God whispers to us in our pleasures, speaks in our consciences, but shouts in our pains. It is his megaphone to rouse a deaf world.”

This article was adapted from the new book, “Live to Forgive” by Jason Romano, which follows his journey to forgiving his alcoholic father. The book releases today, January 15, and is available on Amazon.

Now read: What forgiveness is and what it isn’t

Jason Romano was a producer at ESPN for 17 years, working on shows like “SportsCenter,” “Mike and Mike” and “Monday Night Football.” In February 2017, Jason answered God’s call and left his dream job at ESPN to pursue ministry. He is now a speaker, media consultant, and the host of the Sports Spectrum podcast, an interview driven show that features stories on the intersection of faith and sports.