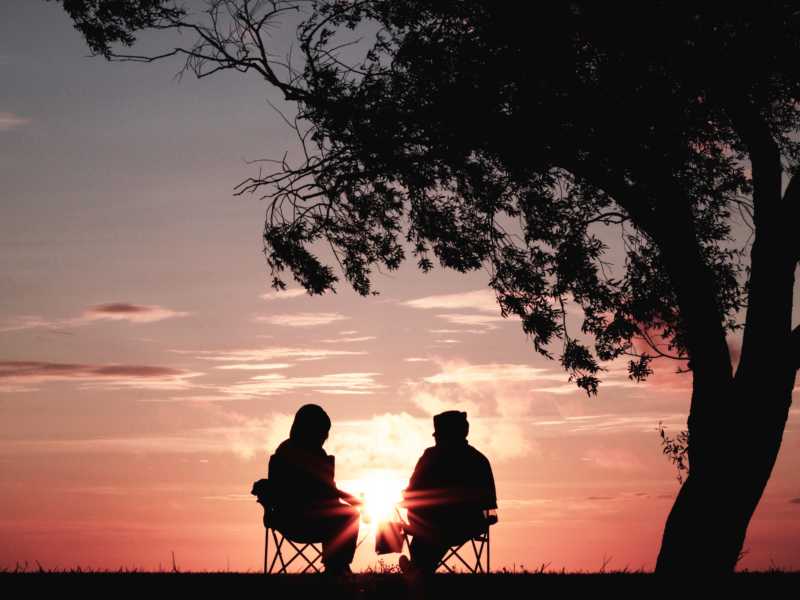 OK, this is a confession.

By nature, I am not a patient person.

If I’m driving on the freeway and one lane moves slightly faster than another, I’m the guy who you might not like at all – weaving in and out of the lanes, pushing to get wherever I’m going just a little bit faster. When I go to the supermarket, I carefully survey which line is longest before I commit. And when I get in that “10 items or less” aisle, am I the only person who actually counts the items in the other people’s carts to see if they fall within in the allotted amount?

“Excuse me, but this man has 11 items! Please stop him now!”

When I go to pick up pizza and bring it home for my family, I can’t resist the temptation to have at least two pieces before I get home. How many times have I scorched the roof of my mouth with the burning cheese of a pizza that needed to cool down first? It’s not a pretty picture.

For that reason, when God tells me I need to be patient when it comes to sharing my faith, it’s not that easy for me. I like results.

However, just as a fisherman often must sit quietly in his boat for hours at a time patiently awaiting the first bite, so we who “fish for people” must be patient. We may not catch anything on a particular day – or week, or month – but we go back again and again, making the most of every opportunity to speak a word about what Christ has done for us.

Read this: If you’re tired of all the grumbling and arguing

It’s important to remember that we may not see any receptivity, change or turning in someone’s life at the end of a given conversation. But that’s OK. We have heard so many stories over the years of those who have attended our Harvest events and didn’t commit their lives to Christ at the actual crusade – but came to the Lord later. Even much later.

Sometimes it’s no later than when they step out into the stadium parking lot after the meeting. At other times it may be a day, a week, a few months or even years later.

Greg Laurie may not be patient sometimes, but fishermen are. And so are farmers. Consider a farmer planting his field. Seed is sown, but it germinates at different times. So it is when we share the Gospel message with others. The “seed” is sown, yes. But it may not take root in some people as quickly as it does in others. Sometimes a seed sown today may not break ground until later – perhaps in a rare moment of reflection or a personal crisis.

I remember hearing one story of a father and son who were out in downtown Waikiki handing out fliers for our Harvest Crusade. The little boy asked his dad if he could give one of the fliers to a rather burly, menacing-looking, body-pierced man. The dad somewhat reluctantly agreed, keeping a close watch on his son.

The boy cautiously approached this big, muscular guy and timidly gave him the flier. This big man didn’t even smile at the little guy. In fact, he promptly snatched the flier and wadded it up in his hand. The little boy beat a quick retreat, and from all appearances, it seemed like a failed encounter. But things aren’t always as they seem – especially when God is involved.

That evening when the invitation to come to Christ was given at the crusade, that little boy and his dad were waiting on the field as counselors to welcome those coming forward. One of the first was that burly guy from Waikiki, coming to receive Christ!

So be patient, even if you aren’t naturally patient. Be willing to wait. You may have such a deep concern for someone that this is extremely difficult. But trust God, cast your line, pray, and wait for Him to work.

We must be sensitive to the timing and leading of the Holy Spirit. As Scripture reminds us, we must “be ready in season and out of season” (2 Timothy 4:2). This could also be translated, “Be on duty at all times.” We need to be ready when it comes to telling others about the Lord.

I read the story of a fisherman named Larry Shaw, who was testing an outboard propeller on a lake in Ohio a few years ago. There, in a cove, he spotted a gigantic muskellunge fish near the surface. Shaw motored toward it and unsuccessfully cast out his line several times before the fish disappeared.

A half-hour later, Shaw returned to the cove where he had first spotted the big muskie. It was back! Shaw turned on the electric trolling motor and headed toward the beast. As he crept closer, the massive fish suddenly started swimming directly toward the boat. Shaw quickly put on a leather glove and plunged his arm into the water, grabbing the fish behind the gills. That old fish started thrashing and twisting, but he finally wrestled the monster into the boat. The muskie weighed in at over 53 pounds.

When asked about his prize fish, Shaw shrugged and said, “I was at the right place at the right time – and was fool enough to grab it.”

That’s the same attitude we should have in fishing for people. Being at the right place at the right time – and being “fool enough” to take a risk – to tell your story – to share the Word of Life.

Then step back and watch God work.

Now read this: The Christian life isn’t just hard; it’s impossible on your own

Do you want to be a part of evangelistic history? Don’t miss Harvest America with Greg Laurie on June 10! More details, and sign-up at: harvestamerica.com