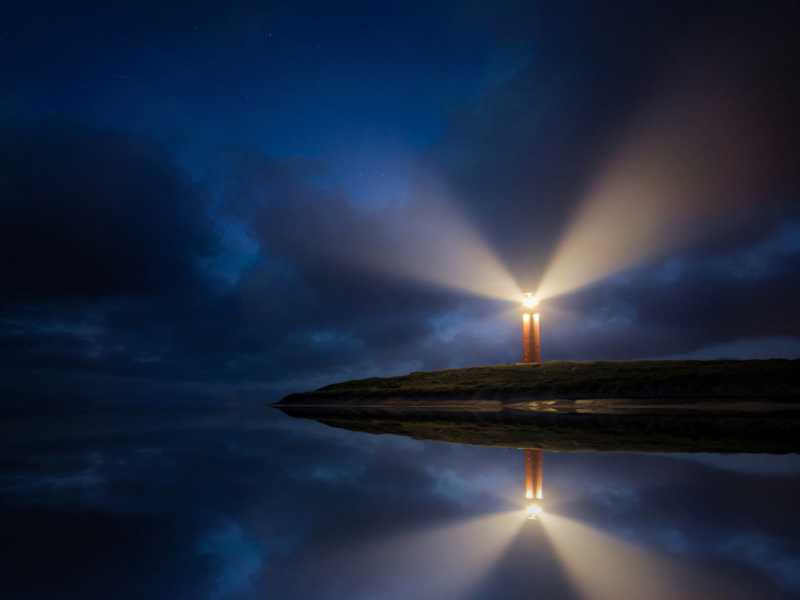 Billy Graham passed away in early 2018 nearly one hundred years after he was born. That day, America—and the world, really—lost one of the greatest evangelists of all time. He undoubtedly communicated the gospel message to more people face-to-face than anyone in human history. Three hundred million people heard him share the simple gospel message live, and countless millions more watched and listened through television, radio broadcasts, and online videos. I am among those who got to hear Billy Graham preach the gospel live.

As a boy, I attended his 1996 Minneapolis Crusade. I remember DC Talk rocking out the Metrodome and then hearing Billy Graham share the gospel. I remember being astonished as thousands of people from all over the stadium made their way down to the front of the stage, with tears running down their cheeks, to make a decision of faith in Jesus Christ.

We lost a living legend. In a biography written in the 1960s, the author called a prominent Christian preacher the “Billy Graham of South Africa.” People have been using variations of that phrase for nearly sixty years! Phrases like that point to the way God used Billy Graham, who maintained his humility, integrity, and focus on the gospel. Billy Graham’s message was “Christ is the only answer to the deepest needs of the human heart.”

While sharing my thoughts online after his death, I was invited as a guest to reminisce about Billy Graham’s legacy with BBC World News Service alongside several other guests throughout the day. The first several questions were about what it was like to hear Billy Graham live and to discuss how expansive his impact was. The final question mentioned a controversial statement Billy had made many years ago and asked us to respond. They said, “People say Billy Graham was intolerant. What do you think?” I was caught off guard. But I expressed my belief that anyone can throw out opinions online nowadays without knowing someone. For everyone who knew Billy Graham or was acquainted with him, he was incredibly loving and gracious.

A few weeks later, as I was reading Billy Graham’s autobiography Just as I Am, I realized how many times the press around the world had asked him similar questions. Before Billy Graham’s first London crusade, he faced a flurry of angry media criticism and questions. Ironically, all the negative media attention gave the crusade much more press and public interest than it ever would have had without the criticism.

Years later, when Billy Graham was back in England, the press had become friendlier after seeing the ways God had used him positively in the region. During that visit, he had the opportunity to meet C. S. Lewis, who wasn’t yet widely known in America for The Chronicles of Narnia or Mere Christianity. Billy’s wife, Ruth, had been reading The Chronicles of Narnia prior to the trip. C. S. Lewis greeted Billy Graham as they spent some time together, and said, “You have many critics Billy Graham, but no one who has actually met you has a single bad thing to say about you.”

In our world, it is easier than ever to make divisive, critical, and blanket statements about others. We think we can say whatever we want without spiritual consequences. But the Bible calls us to a different way of speaking and living.

Why would anyone think Billy Graham was intolerant? In part, it is because Billy Graham would preach the Bible, preach against sin, and call people to Christ as the only answer to lasting peace and joy in the human heart. People think he was intolerant in part because he believed what the Bible has to say about human sinfulness.

Society is changing these days. The New Yorker recently posted an article about “Chick-fil-A’s Creepy Infiltration of New York City.” The article says, “The brand’s arrival here feels like an infiltration, in no small part because of its pervasive Christian traditionalism.”

Seriously? The people touting tolerance in our culture have become surprisingly intolerant about Christians. If the New Yorker article had been about a restaurant with owners from any other religious group, it would never have been allowed to be published, not even by the National Enquirer. People are okay with intolerance toward people they think are intolerant. Jesus taught, “You will be hated by everyone because of me, but the one who stands firm to the end will be saved” (Matthew 10:22). And “This is the verdict: Light has come into the world, but people loved darkness instead of light because their deeds were evil” (John 3:19).

Truth is not always popular. Sometimes the truth gets you in trouble. But God calls us to walk in both His love and His truth, no matter the consequences.

In a day when people feel like they can believe whatever they want, and no one is allowed to tell them otherwise, we need truth plus love more than ever.

Matt Brown is an evangelist, author, and founder of Think Eternity, a ministry dedicated to amplifying the gospel every day to millions through devotionals, videos, live events, and more. Matt and his wife Michelle and their two sons live in Minnesota. You can follow Matt on social media at @evangelistmatt and at thinke.org