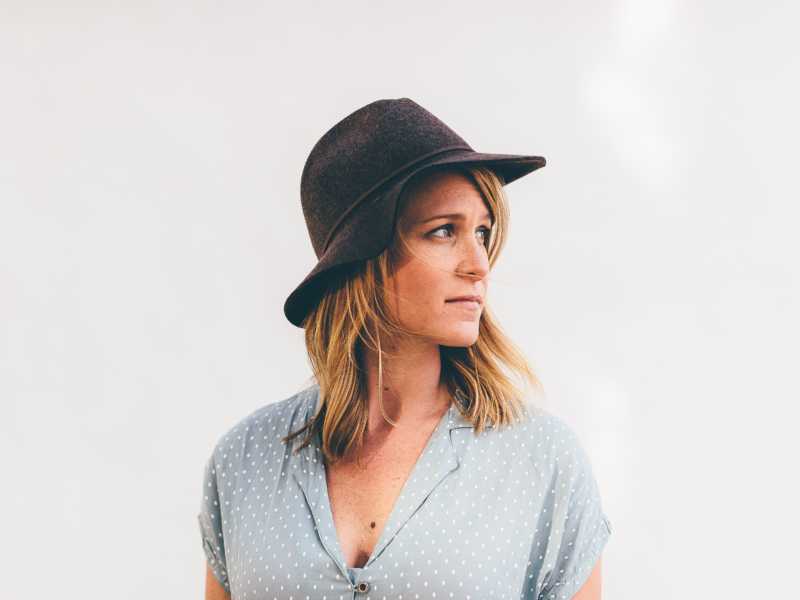 The reality is that a dog would rather just do what dogs do. He’d rather be doing things like eating roadkill, drinking toilet water and chasing cats. You can’t change the nature of an animal. The Bible even asks, “Can a leopard take away its spots?” (Jeremiah 13:23 NLT).

Which brings us to another question: Can people change? Or, are we just the victims of fate? No matter what happens in life, do we have to deal with the hand we’ve been dealt without anything to say regarding who we will be?

I don’t think so. I think people can change, but we can’t change ourselves any more than a drowning person can save himself or herself. We need someone else to save us, someone else to change us.

Sometimes we think that if we lived in a new place or changed our appearance, we would be different on the inside and our lives would be better. Of course, that doesn’t work. These things won’t change who we are on the inside.

That’s because the problem – not the answer – is within. The heart of the problem is the problem of the heart. The Bible tells us that the heart (who we are on the inside) “is the most deceitful of all things, and desperately wicked” (Jeremiah 17:9 NLT).

One day a woman made some bad moral choices and ended up being caught in her sin by a group of religious people. So they took her to Jesus and threw her down at his feet.

The Bible then gives us this detail: “They were trying to trap him into saying something they could use against him, but Jesus stooped down and wrote in the dust with his finger” (verse 6 NLT).

Jesus saw all of these men who wanted to condemn this woman. When they insisted on an answer, Jesus stood up and replied, “All right, but let the one who has never sinned throw the first stone!” (verse 7 NLT).

Then he bent down and continued writing in the dust. Jesus, who was God among us, God with skin on, knew everything about every one of these guys. And he wrote something in the sand that made them turn and leave, from the oldest to the youngest.

I wonder what he wrote. Maybe he wrote down the Ten Commandments. Maybe he wrote out their secret sins. Whatever it was, they all had guilty consciences and walked away.

So Jesus said to the woman, “Where are your accusers? Didn’t even one of them condemn you?”

These religious men were sent away because Jesus had condemned her condemners. And that is what he will do for us.

Jesus knew that in just a short time, he would be going to the cross and dying for every sin this woman had ever committed.

When she watched Jesus forgive her when the religious leaders had condemned her, that’s when she believed.

Actually, it can happen in an instant.

Whatever sin you’ve committed, Jesus died for you on the cross and bore the judgment of God in your place. You can be forgiven of that sin right now. God promises you that.

Some people live double lives. They think they have everything covered up, that no one knows. But God sees everything. He knows about everything we say and do. There are no secrets with God.

Maybe you have a secret sin right now. God knows all about it. The Bible says that “if we confess our sins to him, he is faithful and just to forgive us our sins and to cleanse us from all wickedness” (1 John 1:9 NLT).

To confess our sins simply means that we acknowledge they exist and we’re sorry for them. A lot of times we don’t want to do that. We want to blame our sins on someone else. But we have to take responsibility.

Maybe your life is in a bad place right now because you’ve made some bad decisions. God can forgive you. Your sins can be forgiven and forgotten.

Notice that Jesus didn’t mention the woman’s past. The Bible says, God speaking, “I will forgive their wickedness, and I will never again remember their sins” (Jeremiah 31:34 NLT). God will take your sins, throw them into the sea of forgetfulness, and then post a sign that says “No fishing allowed.”

Going back to that earlier question, can we really change? Not on our own, but Jesus can change us. We can call out to him, and he will give us new power to live a new life.

The Bible tells us that “everyone who calls on the name of the Lord will be saved” (Joel 2:32 NLT).

Only God can forgive you and save you. But you’ve got to call out to him. You can be changed. You can put your sin behind you like the woman did, forgiven and forgotten. You can have a brand-new start with Jesus Christ.

You don’t have to be a Christian alone. Join The Campfire with Kirk Cameron today.