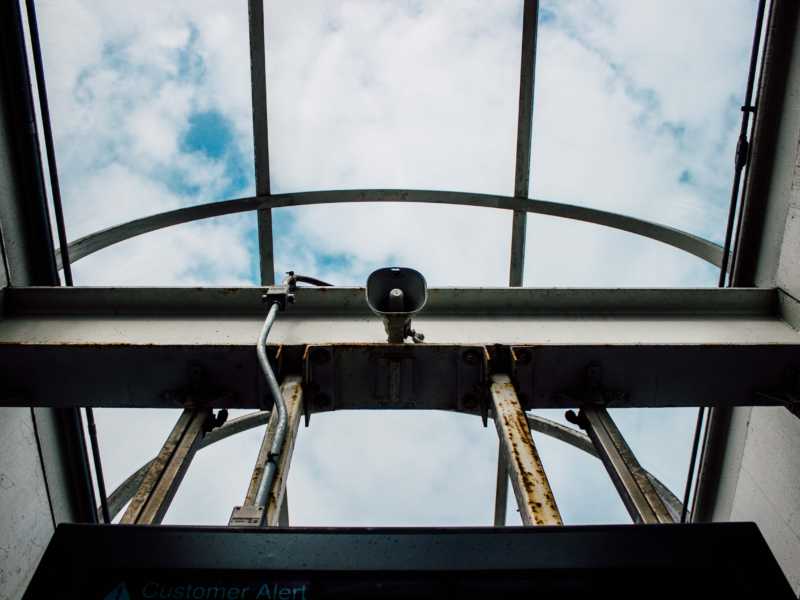 As an evangelist and the founder of Think Eternity, I find that a solid half of our ministry today happens online. So it’s hard for me to imagine a time when I owned neither a computer nor a phone! But it’s true. I used to brag to my friends in Bible college that I didn’t need a cell phone. Even though they were becoming more common at that time, I was determined to curb their influence in my life.

Years later I learned that my ancestors on my dad’s side were German Mennonites who immigrated to the United States and found the flat plains of Kansas and southern Minnesota to be much like their former home. Mennonites traditionally regard technology with more suspicion than most people, so maybe my bragging about not having a phone was an unconscious echo of my ancestors’ beliefs!

So perhaps I have deeply rooted reasons for being slow to get on social media. My older brother even forced me onto one of the early platforms by signing me up himself, but as I began to blog, my mind slowly changed. I realized I could use social media on my phone and computer for ministry. In many ways, the digital world is our new missions frontier.

I now spend a lot of my life online, as do most of us. In fact, it’s an incredible time to be a Christian because a Wi-Ficonnection has given us a larger megaphone than ever before to talk about Jesus.

On one of our ministry trips to the East Coast years ago, I had a powerful encounter that taught me a lesson about the opportunity and responsibility we have with our online megaphones.

A warm blast of late spring air greeted us as we drove to our host’s home in northern Virginia. My wife, Michelle, and I, along with another couple, had been on a preaching tour across the Midwest and down the East Coast for nearly two months. On the last leg of our journey, we anticipated ministering to some great churches on the outskirts of our nation’s capital. As we stepped into our hosts’ home we were greeted by pictures on the walls of our host with various US presidents and other world leaders. The hallway was lined with thank-you cards and personal greetings from presidents and celebrities.

Our stay had been God-ordained, a needed pit stop after months of travel, and we developed a meaningful, timely friendship with Doug, our host, who is also one of the best writers I know. We spent several weeks with Doug and his wife, and they would make us a big breakfast every morning and shower us with kindness and encouragement. At the time, I’d been working feverishly on my first book, and in the course of our conversations, Doug offered to review my draft. Without my even asking, he wrote one of the kindest endorsements I could’ve asked for. I felt undeserving to have a New York Times bestselling author and former assistant to a US president endorse my writing, but that is just the way he and his wife were: gracious and hospitable in a way that bordered on being magical. Doug’s endorsement for my book read in part, “Matt Brown is like a Francis Schaeffer for a new generation.”

That was the first I’d ever heard of Schaeffer, so I tracked down a half-century-old book by him called The Mark of the Christian, and I sensed God’s divine nudge about the importance of truth plus love. Sometimes even a single passage can change your life:

This attitude [of love toward other Christians and the balance of love and holiness] must be constantly and consciously developed—talked about and written about in and among our groups and among ourselves as individuals.

In fact, this must be talked about and written about before differences arise between true Christians. We have conferences about everything else. Who has ever heard of a conference to consider how true Christians can exhibit in practice a fidelity to the holiness of God and yet simultaneously exhibit in practice a fidelity to the love of God before a watching world? Whoever heard of sermons or writings which carefully present the practice of two principles which at first seem to work against each other: (1) The principle of the practice of the purity of the visible church in regard to doctrine and life, and (2) the principle of the practice of an observable love and oneness among all true Christians.

If there is no careful preaching and writing about these things, are we so foolish as to think that there will be anything beautiful in the practice when differences between true Christians must honestly be faced?

Boom. Wow. Who writes like that anymore? And how we need this message today! The necessity for Christians everywhere to walk in both truth and love has only grown since Schaeffer wrote those words.

Today we face bigger giants than ever. Christians all over the world now have something Francis Schaeffer’s generation never had: the internet and social media. Now every Christian who is, by default, a representative of Jesus to the watching world, either for good or bad, has a megaphone through their social media accounts. They can instantly proclaim whatever comes to their mind and whatever half-thought-through response they have to any given subject, political issue, or tragedy, whether or not it’s what the Bible says about that subject.

Matt Brown is an evangelist, author, and founder of Think Eternity, a ministry dedicated to amplifying the gospel every day to millions through devotionals, videos, live events, and more. Matt and his wife Michelle and their two sons live in Minnesota. You can follow Matt on social media at @evangelistmatt and at thinke.org