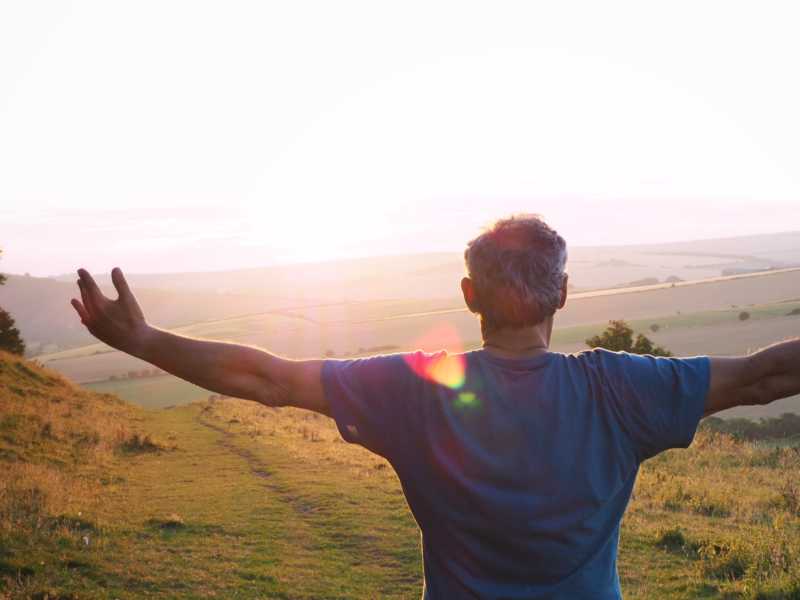 And you, who were dead in your trespasses and the uncircumcision of your flesh, God made alive together with him, having forgiven us all our trespasses, by canceling the record of debt that stood against us with its legal demands. This he set aside, nailing it to the cross. He disarmed the rulers and authorities and put them to open shame, by triumphing over them in him (Colossians 2:13–15, ESV).

When God wins, He wins big time! We’re not talking an overtime, squeak-it-out victory. And we’re not talking about a soccer game where there’s a shootout win because one ball dribbles in, but otherwise it would have been a tie. God doesn’t operate like that. When He wins a battle, His victory is decisive.

As God was pouring out His wrath on His Son, we were there in His mind. From each painful step to Calvary, to His last breath on the cross, Jesus was taking on the ultimate battle—“the rulers and authorities” who were waving “the record of debt that stood against us with its legal demands.”

Satan had an open-and-shut case against us; left to ourselves, we were toast. But Colossians 2:15 declares that when Jesus won the victory on the cross, “He made a public spectacle of them, triumphing over them in it” (NKJV). When it came to settling our eternal destiny, God wasn’t offering an obligatory “good game.” He was triumphing over the principalities and powers, including the enemy himself: “You lost! Just like I told you!” That’s the way God wins.

Long before the cross, the Israelites who escaped the bondage of slavery witnessed one such victory. Imagine their joyful shouts when they looked back and saw the miraculously-parted Red Sea close over the Egyptian army in hot pursuit. “Sing to the LORD, for he has triumphed gloriously . . . ” (Exodus 15:1, ESV). Game over!

Some two-thousand years later, after what looked like a devastating defeat by the enemy, came the ultimate triumph: “He is not here, for he has risen, as he said. Come, see the place where he lay” (Matthew 28:6). Neither death nor the grave nor Satan’s plans stood a chance against the risen Savior!

Today, Jesus lives to further His victory through the lives of His followers. In fact, “we are more than conquerors through him who loved us” (Romans 8:37). In Christ, we aren’t just conquerors, we’re super conquerors—because God doesn’t just win, He crushes the enemy (Romans 16:20). That’s why you don’t want to take on this battle yourself. It is the reason the transaction at the cross was entirely out of our hands.

Jesus took on your debt, your sin, your condition, and defeated the condemning, eternal hold those things had on you. Because of His death and resurrection, all who trust in Christ for salvation are granted a place in the conquering band that will rejoice in His victory forever!

Consider your battles in light of this truth. Express your heart to the Lord and pour out your adoration. Every day we have the ultimate reason to celebrate.